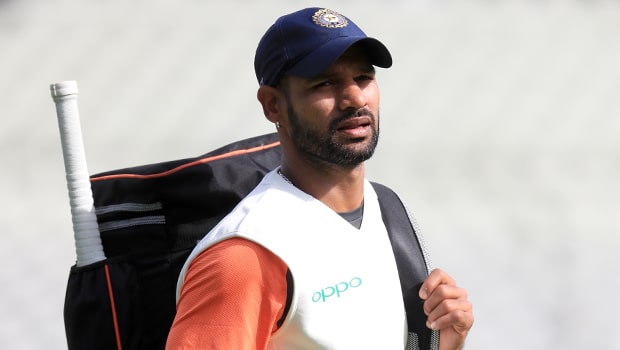 The first India-Sri Lanka T20I has been called off due to rain and wet patches on the pitch.

It was a sad situation for the fans in the stands and al across the country waiting to watch India’s first game of the year.

The decision was reached after the cut-off time had already passed.
According to reports, it wasn’t an ideal condition to play after India had opted to bowl after winning the toss.

They waited till 21:30 after an inspection as the umpires looked at the damp patches with the pitch curator by their side. Not pleased with the wet patches on the pitch, the game had to be called off.

Speaking before the game, Shikhar Dhawan, who returned to the squad after being out injured, noted that it’s part and parcel of the game having suffered a lot of setbacks last year.

In the new year, Dhawan is looking forward to a fresh start, adding that he always positively takes things in his stride.

He, therefore, stated that he is looking forward to scoring lots of runs this year, be a more impactful player, win matches for my team, and be successful at the World Cup.

Speaking on the series, the top player described it as an excellent opportunity for him to score runs as he continues to develop his game and new shots.

After winning the toss, India’s skipper, Virat Kohli, who opted to bowl first, noted that the team had not played at the venue in a while but remembered having a good outing the last time they played there.

Speaking on the track, Kohli said it plays differently in the second half as compared to the first part, adding that it’s a good thing as there isn’t too much of a difference in conditions, except that the track settles down better later on with the wet ball.

Speaking on the team’s achievement last year, the captain described it as outstanding, especially in the two formats, adding that not so much in T20s, not so much.

With the World Cup coming up this year, he said India would be taking things more seriously.

Pandey, Samson, Chahal, and Jadeja aren’t playing. Kuldeep and Washington because of their left-handers, and we have three seamers.”

Squad for both teams: