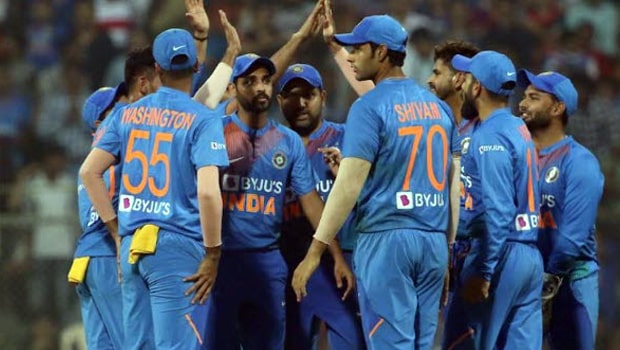 India has beaten West Indies in the third T20 International at Wankhede Stadium, Mumbai, on Wednesday by 67 runs to win the series 2-1.

Indian got an early breakthrough from fast bowlers Deepak Chahar, Bhuvneshwar Kumar, and Mohammed Shami. The trio picked up one wicket apiece inside the powerplay.

The host was given a run for their money when Kieron Pollard and Shimron Hetmye through their power-hitting. But they were not dismayed as they triumphed in the end as the scare proved futile after the Windies failed to take their side across the line.

Thee West Indies captain Pollard had won the toss and invited India to bat. He was proven wrong by the Indian batsmen like KL Rahul, Rohit Sharma and Virat Kohli scored quick-fire half-centuries, which helped India to post 240/3.

With the intent to gather high scores, the Indian openers achieved their aim, which reflected on the scoreboard after smashing the West Indies bowlers to all parts of the ground to score 72 runs in the first six overs.

It was a brutal performance from Rohit and Rahul as the duo showed their opponent no mercy, and they accumulated up to 100 runs on the board in the eight over. For the opening wicket, the duo accumulated 135 runs after Rohit was ousted on 71 runs.

Meanwhile, India’s plan to promote Rishabh Pant didn’t work according to plan as the left-handed batsman was sent for an early shower without troubling the scorers.
India skipper, Virat Kohli, and Rahul later took control of the game, taking their team to a strong first-inning total.

So Rahul (91 off 56 balls), Rohit (71 off 34 balls) and Kohli (70 not out off 29 balls) contributed in a total of 240 for three which won the game for India after the series was levelled on Sunday due to below-par performance from the host.

It could be noted that the rate of 12 from the start, which is a Herculean task for any team, proved to be decisive as West Indies could only muster 173 for 8 with

The Windies were out of the contest, but Pollard’s (68 off 39 balls) five sixes was just a consolation for the visitors.