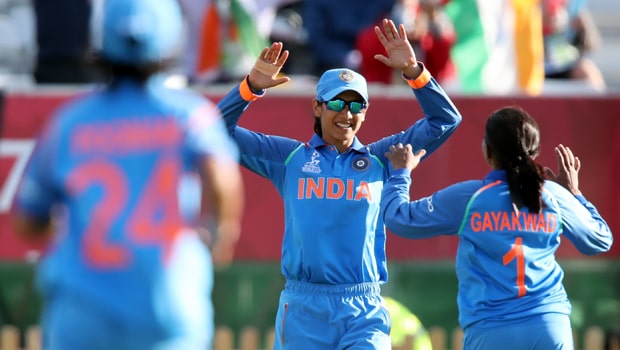 The ICC Women’s T20 World Cup is only a little more than a week away and all the teams are busy in putting finishing touches to their respective squads and plans.

However, three teams in particular had quite a finetuned preparation before such an important tournament as they took each other on in a Tri-series in the host country of the mega event. These three teams were India, Australia and England and it was the hosts who emerged victorious by beating the Indian eves in the final.

However, the India Women’s team performed beyond expectations as well. They looked like the best team in the entire series until they were beaten in the final by Australia. While all of the Indian players performed well, three players specifically showed with their performances that they are all set to deliver their best during the upcoming mega event. Let’s take a quick glance at those players.

Smriti Mandhana: She has been one of the premier Indian players in Women’s cricket over the last few years and she went on to show his class in this series as well. Mandhana ended up as the highest run-getter during the series as she amassed 216 runs in five innings at a superb average of 43.20. Not only these runs came at an excellent strike-rate of 136.70 but they included two match-defining half-centuries as well. India depend on her highly to get them off to good starts and that’s what Mandhana has done in this series.

Rajeshwari Gayakwad: Pacers are expected to dominate in Australian conditions but this Indian ace spinner showed in this series why she is regarded as one of the best in the business. Gayakwad picked up the most number of wickets in the series and set a template for other spinners to bowl in these conditions. Her 10 wickets came at a superb strike-rate and mean economy rate of 12.0 and 6.30 respectively. Moreover, she didn’t go wicketless in any of the matches during the series. That’s the hallmark of a great spinner.

Deepti Sharma: The Indian all-rounder didn’t get that many opportunities to prove her mettle with the bat. She could amass only 42 runs at an average of 21 during the series but she proved her worth with her excellent bowing returns. Deepti was the joint second-highest wicket-taker during the series as she claimed seven wickets at an interval of approximately every 17 deliveries. Not only that, she was quite economical too as she conceded runs at a rate of only 6.90 per over.