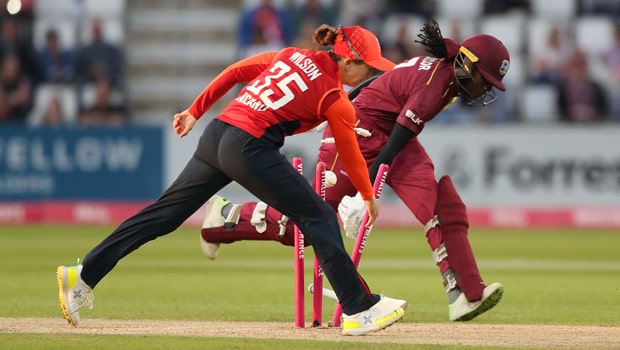 The last time (2012) India Women toured West Indies for an ODI series against the hosts, they were caught completely off-guard against a 22-year-old Stafanie Taylor. It was her all-round heroics that had helped West Indies Women to register a thrilling series victory despite going 0-1 down in the first ODI.

The Indian eves had humbled the hosts comprehensively in the first match of the series as they won by 76 runs. Taylor had only contributed a solitary run with the bat and went wicketless with the ball as well. In simple words, it was a match that the hosts would have wanted to forget at that point of time. However, it was this defeat that inspired them to turn up with their best in the remaining two matches. And the player who was at the forefront of this famous comeback was none other than Taylor herself.

The all-rounder played a responsible knock of 75 runs at the top of the order and registered bowling figures of 1/39 in the second ODI to lead their comeback into the series with a 42-run victory. She was rightly adjudged the Player-of-the-match as well.

And Taylor didn’t stop there as she went on to claim four wickets in the next match along with another valuable contribution of 23 runs at the top of the order to set up yet another victory by three wickets for her team.

What followed afterwards is history. At 28 years of age presently, Taylor is one of the most feared all-rounders in women’s cricket. Her numbers speak volumes about her abilities as a player. Along with having over 4500 ODI runs to her name at an excellent average of 43.43, Taylor also has 140 wickets to boast about in a mere 123 ODIs. And her ODI bowling strike-rate of 36.9 gives a good idea about her wicket-taking abilities as well.

As far as her record against India women goes, Taylor is the highest run-getter and second highest wicket-taker for them with 421 runs and 16 wickets to her name respectively. Anisa Mohammed is the highest ODI wicket-taker for West Indies women against India with 17 scalps to her name. And we might well see Taylor usurping Mohammed from that position as well by the end of this series.

Taylor’s captaincy will also play a vital role in this series. She is a great tactician and leads by example. The all-rounder led West Indies Women to win the Women’s World T20 title in 2016 and ended up as the leading run-getter during that tournament. That speaks a lot about how good a leader she is and this three-dimensional threat is the reason why India need to formulate good plans to keep her quiet during the course of the upcoming series.