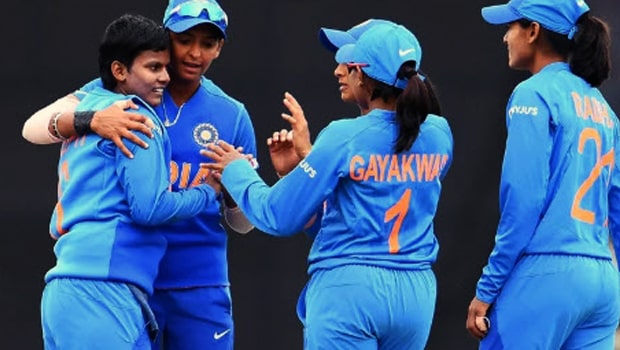 The Women’s Indian cricket team beat New Zealand in their third group stage match of the ongoing ICC Women’s T20 World Cup, and in doing so secured qualification for the semi-final.

India won their third consecutive match of the tournament, this time beating New Zealand by four runs, to seal the berth with a game against Sri Lanka in hand.

The match against the Kiwis was a close-knit affair, with New Zealand restricting India to a measly 133 for 8 in the stipulated 20 overs. However, a strong bowling display kept New Zealand at bay, with India winning the game by just three runs.

With the Women in Blue looking to get through to their first-ever T20 final, let’s have a look at three of India’s top performers this tournament:

The 16-year-old opener has staked her claim as one of India’s most prolific batswoman, having beaten her idol Sachin Tendulkar’s record of becoming the youngest cricketer to debut for India at the age of 15.

She is the youngest player to represent India in a professional World Cup as well and has made a name for herself in the top order. She is the joint top scorer in the tournament at 144, alongside England’s Heather Knight. Shafali Verma, who has the best strike rate in Women’s T20Is, also has the best strike rate in the tournament with 172.72 and has picked up the Player of the match in her last two matches.

4-0-19-4 🔥@poonam_yadav24 turned things around for #TeamIndia with a magical spell against Australia in the #T20WorldCup opener💪 #AUSvIND pic.twitter.com/9cdAlEI16J

While Shafali Verma has lit up the batting arena, Poonam Yadav has been a sensation with the ball, topping the bowling charts with eight wickets. The leg spinner also registered the best bowling figures in the tournament, scalping four wickets against Australia in India’s opening fixture.

The 28-year-old spinner has been a key component for India in the Women’s T20 World Cup, picking up three more wickets against Bangladesh while dismissing the dangerous Sophie Devine of New Zealand and will need to continue her form to help India to their maiden title.

Deepti Sharma has been an underrated presence for India in the ongoing Women’s T20 World Cup given her crucial, match-winning knock to beat Australia. Eclipsed by Poonam Yadav against the defending champions, Deepti Sharma scored a crucial 49 off 46 balls after a top-order collapse, to take her side to a respectable 132, allowing Poonam Yadav to run riot on the Aussie batting order. She has also picked up her 50th T20i wicket against the Black Caps after dismissing Suzie Bates for six runs.

While her subsequent performances have not backed her statistics, Deepti Sharma is a reliable and sturdy all-rounder, whose calm persona will benefit the squad in the following matches.