A look at the Indian players with fastest centuries in T20s 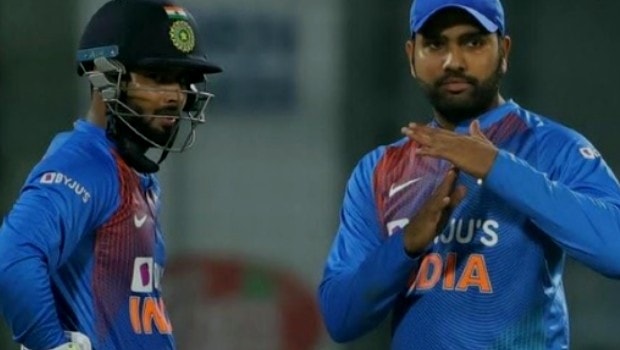 Scoring a century in T20 cricket used to be a pretty rare feat once. However, that has changed now as we often see batsmen scoring centuries even in this shortest version of the game. The overseas players used to dominate T20s before, but the Indian batsmen have caught up with them now and some of them even hold the record for some of the fastest centuries in the format. Let’s have a look at them.

Rishabh Pant: The wicketkeeper-batsman is one of the most destructive batsmen in T20 cricket and he holds the record for the fastest century by an Indian in this format as well. In 2018, Pant brought up his century in 32 balls during a Syed Mushtaq Ali Trophy fixture against Himachal in 2018. He hit 12 sixes and eight fours during the course of his innings of 116 runs off just 38 deliveries. His knock helped Delhi to chase down a target of 144 pretty easily. Moreover, this is also the second fastest century in the history of T20 cricket. The fastest is by Chris Gayle in just 30 deliveries.

Rohit Sharma: The Hitman holds the record for the second fastest century by an Indian. Rohit brought up a century off just 35 deliveries in a T20I match against Sri Lanka at Indore in 2017. At that time, it was also the fastest century by an Indian until Pant took over the record in 2018. Rohit scored 118 off just 43 deliveries in that match to power India to a massive total of 260/5. His knock consisted of 12 fours and 10 sixes, and also helped India to register a massive victory over the Lankans by 88 runs.

Yusuf Pathan: He held the record for the fastest T20 century by an Indian for seven years until Rohit and Pant came along. Pathan had scored a century off just 37 deliveries in an Indian T20 League match between Rajasthan and Mumbai back in 2010. It came in a high scoring encounter when Rajasthan were chasing a target of 213 runs. Pathan looked all set to take them over the line but he was dismissed run-out immediately after he brought up his century. Rajasthan unfortunately fell short of the Mumbai’s total by just four runs.