Who are the highest T20 run getters among Indians since World T20 2016? 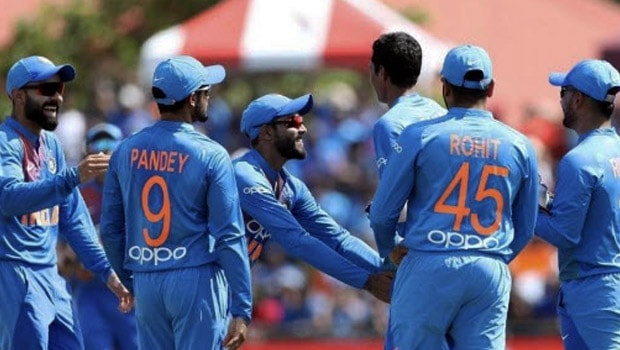 As the T20 World Cup is supposed to commence from the latter part of the year, it is not a bad time to take a look at the highest run-getters among Indians in all T20s overall since the last edition of the tournament. That said, we take a look at five of India’s highest scorers in the format during this time period.

Shikhar Dhawan: The left-handed top-order batsman is the highest run-getter in T20s among Indians since the last T20 World Cup. Dhawan has played 117 matches during this period and has amassed a total of 3496 runs at a healthy average and strike-rate of 33.94 and 128.20 respectively. He hasn’t got a hundred to his name yet but has notched up 52 scores of 30+, out of which 26 have been knocks of over 50.

Virat Kohli: No surprises here! The Indian skipper has been one of the most prolific run-getters in T20s during the last few years. He has been in as good form for India as he has been for his IPL franchise Royal Challengers Bangalore. Kohli has played far lesser number of matches (94) than Dhawan during this period but has almost the same number of runs (3428) at a far better average and strike-rate of 46.32 and 142.36 respectively.

Lokesh Rahul: If you thought that Kohli’s numbers are unreal, just take a look at that of Rahul. Rahul has 3423 runs during this timeframe, which is just five shorter than that of Kohli, at an excellent average of 48.90. His strike-rate of 147.16 has been quite good as well and that’s why he is one of the best top-order batsmen in the T20s right now. The fact that he has 47 scores of 30+ in just 86 innings, out of which 14 are fifties and three are hundreds, tell how consistent he is.

Rohit Sharma: The beast can’t be far behind in these lists, right? So he is here as the fourth highest run-getter among Indians during this period. Rohit has 2994 runs to his name in 106 innings at a healthy average of 31.85. His strike-rate of 139.19 has been quite good as well. The 32-year-old also scored the joint-fasteat T20I ton during this timeframe and two other centuries on top of that as well. So that gives an idea about how destructive he is.

Manish Pandey: His name might come as a surprise when you would be expecting someone like Rishabh Pant or a Shreyas Iyer to feature at this position in this list. However, Pandey has been one of the most prolific run-getters in the middle-order in the last few years of T20 cricket. In 99 innings since the last T20 World Cup, Pandey has scored a total of 2670 runs at an outstanding average of 43.06 and a healthy strike-rate of 135.12. Not only that, he has scored two centuries too and that is a big feat considering that he has batted mostly in the middle-order.