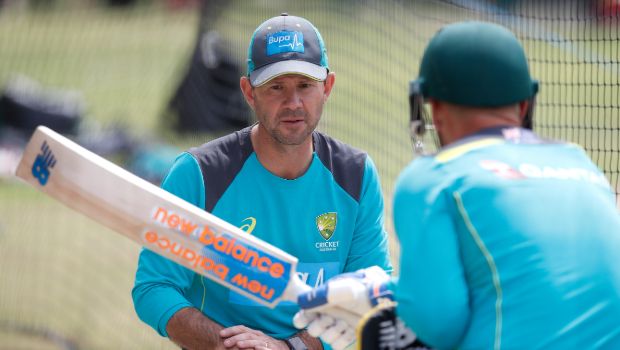 Former Australian skipper Ricky Ponting believes Indian team will feel extra pressure without Virat Kohli in the upcoming Test series. Kohli will play the first Test match and then he will head back to India to be with his wife for the birth of his first child.

Kohli is known for his aggressive captaincy and he takes the opposition head on. Furthermore, there is no doubt that Kohli is India’s best batsman in the red-ball format and his services will be dearly missed by the team. The talisman had scored 282 runs in the previous series against Australia in the four Test matches at an average of 40.23.

Moreover, he had become the first Indian captain to take the team to series win on the Australian soil. India had won the previous series by 2-1 and they had also dominated the fourth Test match, which ended in a draw.

Consequently, India will have big shoes to fill in the absence of Virat Kohli. Ajinkya Rahane will lead the team in Kohli’s absence whereas KL Rahul is expected to bat at number four. Ergo, there will be huge expectations from experienced players like Ajinkya Rahane, Cheteshwar Pujara, Rohit Sharma and KL Rahul to step up their game.

On the other hand, Ponting also noted that Steve Smith and David Warner were not part of the previous series due to their ball-tampering bans and it had left a huge void in the hosts’ team. Ponting added that India will also feel the same without Virat Kohli in the last three Test matches.

“The one thing we haven’t spoken enough about is yes India were really good here last time, but with those guys (Smith and Warner) missing at the top of the order, that leaves a big gap in any team,” Ponting told cricket.com.au.

“India will feel that without Kohli there (for three Tests), for his batting and leadership, that will put all sorts of pressure on different players. You’d think (Ajinkya) Rahane will take over the captaincy, which will put extra pressure on him, and they’ve got to find someone to bat at that really important No.4 spot,” he added.

There is no doubt that India will be under the pump with no Kohli for the last three Test matches. The Indian captain is a massive player and his absence will be felt by the team. However, the side will need to move on and bring their best to the table against a potent Australian team.

The first Test match will be a pink-ball contest and it will take place at Adelaide Oval from December 17.