Home » Cricket » India’s chances of winning the T20 World Cup will double up if Hardik Pandya is fit: Saba Karim

India’s chances of winning the T20 World Cup will double up if Hardik Pandya is fit: Saba Karim 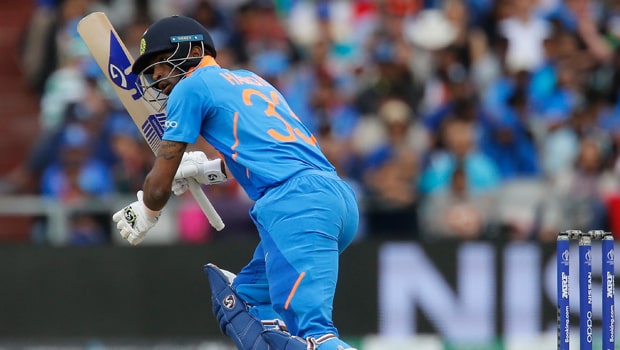 Expectations will be high from star India all-rounder Hardik Pandya during the white-ball series against Sri Lanka. The series beginning on July 18 will feature three ODIs and three T20Is and Hardik, being one of the senior members of the squad, is expected to play a crucial role.

However, speaking to India News, former India cricketer Saba Karim reckons that Hardik might encounter difficulties on the tracks of Sri Lanka. The pitch in Colombo is quite similar to the track in Chennai where Hardik failed to impress with the bat during the latest edition of the IPL.

“The Sri Lanka tour will be challenging for Hardik Pandya as a batsman because he was struggling on the slow Chennai pitches during the IPL. He will get similar wickets in Sri Lanka, so whether he can score runs at a good strike rate in such challenging conditions in white-ball cricket,” Saba Karim said.

The former India cricketer also suggested that India will have better chances at the T20 World Cup if Hardik Pandya manages to achieve peak fitness by then.

Fans of the Indian cricket team are also excited to watch Hardik Pandya roll up his sleeve and bowl regularly again. Hardik had been out of action for a long while because of a back surgery and even though he returned to cricket during IPL 2020, he hadn’t bowled regularly. That was also the case during the latest edition of the IPL which came to an early halt.

“The biggest thing is that India’s chances in the T20 World Cup will get doubled if Hardik Pandya is fit. If he can both bowl and bat throughout the tournament, I feel India’s chances are extremely bright,” Karim said.

“Secondly, it is dependent on the Indian team management, both the one in England and the one in Sri Lanka currently, on how he is treated from here till the World Cup, how his workload is managed as he will regain his strength slowly,” he concluded.

Saba Karim also backed Abhimanyu Easwaran to replace the injured Shubman Gill during the Test series against England and suggested that Easwaran deserves his chance.

“This is an extremely logical step. If an opener has gotten injured and he has come back, another opener should get a spot in his place. He richly deserves it because he has given good performances in domestic cricket and was part of the Indian team earlier also as a standby,” Saba Karim said.