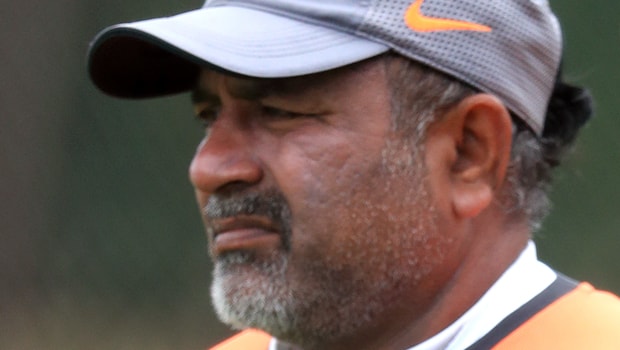 India’s bowling coach Bharat Arun feels the pace quartet of Ishant Sharma, Mohammed Shami, Umesh Yadav and Jasprit Bumrah can rule the world easily for two more years. Ishant Sharma is the most experienced bowler and he will turn 32 in September. Umesh Yadav is also 32 years old whereas Shami is 29 and Bumrah is the youngest. Thus, they can easily play together for two more years.

Fitness is a crucial part of a fast bowler’s success and the quartet has been successful in maintaining their fitness levels. They all have worked on their bowling and thus the team has reaped fruits. In fact, it would be prudent to say that this pace bowling battery has been India’s best in its whole cricketing history.

Jasprit Bumrah has had a great start to his career as he scalped 68 wickets in 14 Test matches. Ishant Sharma has been the most improved Indian fast bowler in the last two years and his numbers tell us the whole story.

The lanky pacer has played 18 Test matches in the last two years in which he has snared 71 wickets at an impressive average of 19.14 and he has taken four five-wicket hauls. Shami has taken 180 wickets in 49 Test matches and has impressed with his ability to reverse swing the ball.

Ishant, Shami, Yadav and Bumrah have done exceptionally in the recent past. Shami, Ishant and Bumrah are India’s first choice pacers in overseas conditions and they were instrumental in India’s maiden series triumph on Australian soil in 2018-19.

Jasprit Bumrah had scalped 21 wickets to finish as the joint leading wicket-taker of the series. Shami had taken 16 whereas Ishant snared 11 wickets. Thus, the pace battery had scalped 48 wickets against Australia.

On the other hand, Umesh Yadav has done well while playing in the home conditions. Yadav can generate good pace and he has improved his accuracy.

“The present attack has done exceptionally well and I don’t see any problem in them continuing as a group for at least two more years. If they remain fit and strong, they can well continue after that as a group but yes certainly two years at least,” Arun said as quoted by PTI.

Meanwhile, there is no doubt that Bharat Arun has helped the bowlers take giant strides in their career. Arun has provided the fast bowlers with the right guidance and he has played a key role in the development of the pacers.

Arun feels it will take fast bowlers six to eight weeks to get ready for the action after the lockdown situation.