Indore Test: Mohammed Shami speaks on his success in day 1 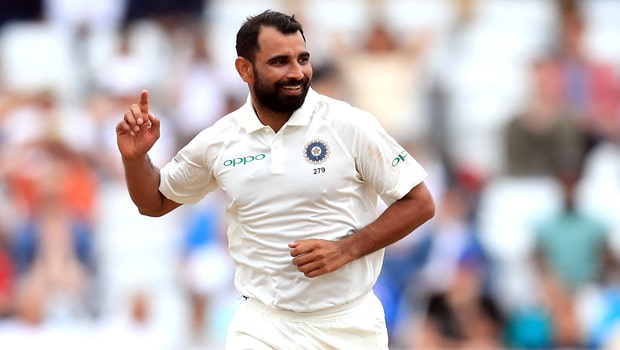 Indore Test: Mohammed Shami speaks on his success in day 1

Although he couldn’t complete a hat-trick, fast bowler. Mohammed Shami bagged 3 wickets for 27 runs on Thursday for India to bowl out Bangladesh for 150 on day 1 of the Indore Test.

He was close to picking up a hat-trick during Thursday’s game after dismissing Mushfiqur Rahim and Mehidy Hasan before the tea break but failed to complete the feat on the resumption of the affair.

If he was successful in that, he would have become the third Indian to pick up a Test hat-trick. Other Indians who have won it include Harbhajan Singh and Irfan Pathan.
Speaking with Sanjay Manjrekar after the game on his feet, he said the thought of a hat-trick was going through his mind during the tea break of the game, having thought of the conditions and situations.

Captain of the side, Kohli had urged the fans to sheer him in a viral video. Nothing that what he was thinking was to bowl to lines that are as tight as possible, having been using the width of the crease for the last two years.

He added that whenever any cricket takes a wicket for India, it feels so good. He also said that whenever the unit, either bowlers or batsmen, do well, it gives them joy.

With his experience, the fast bowler was the pick of the Indian bowlers, using the conditions perfectly to dismiss Bangladeshi batsmen. Ishant Sharma, Ravichandran Ashwin, and Umesh Yadav also picked up two wickets each to help the host to a win on Day 1.

With this feat, India is now in the record book as their pacers managed to bag 7 wickets or more in a Test innings at home for the first time in two years. The last feat was in the Kolkata Test against Sri Lanka. India in the Test bowled out the visitors for 294 with Shami and Bhuvneshwar Kumar, grabbing four each while Umesh got two.