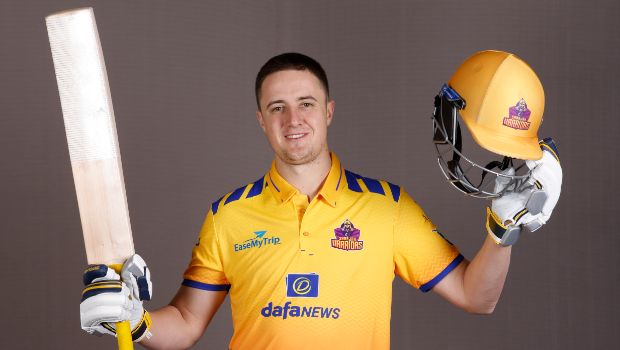 Gulf Giants will take on Sharjah Warriors in the 14th match of the ongoing International League T20 at the Dubai International Cricket Stadium, Dubai on Monday. Gulf Giants have been spectacular in the inaugural season of the tournament as they have won all of their four matches and they are currently at the top of the points table.

On the other hand, Sharjah Warriors have won a solitary match out of the four games they have played and they are in fourth place in the standings.

The Warriors were able to finally register their maiden win of the season as they defeated Dubai Capitals by seven wickets. Tom Kohler-Cadmore scored a scintillating knock of 106 runs off just 47 balls in the run-chase of 178 against the Capitals.

Meanwhile, Gulf Giants won their previous game against Desert Vipers by five wickets. Chris Lynn and Shimron Hetmyer were able to deliver with the bat for the Giants as they continued their good show in the tournament.

The Giants have ticked the right boxes so far in the league and they will look to continue the good show.

Match Prediction: Gulf Giants will enter the contest as favorites against Sharjah Warriors.