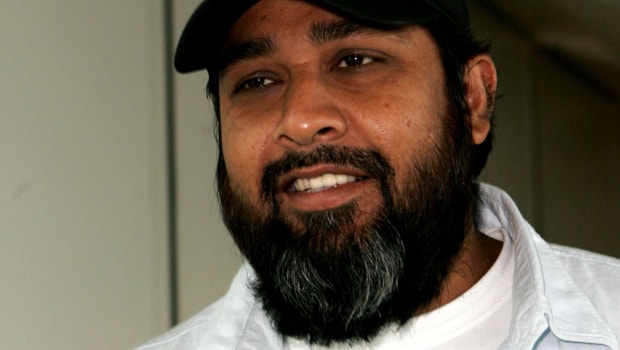 Former Pakistan captain Inzamam-ul-Haq has revealed how Sunil Gavaskar helped him tackle short-pitched deliveries. The former right-hander admitted that he was having trouble facing the bouncers and he wanted to prepare well for the England tour in 1992 as a rookie batsman.

Inzamam, who was known for his solid technique, recalled that he was going through the lean patch as he had scored 225 runs in 1992 World Cup and wanted to conquer playing short pitched deliveries. Subsequently, he asked Sunil Gavaskar and the Little Master, who had played some of the best fast bowlers of his era, had a perfect advice for the Pakistan batsman.

Gavaskar advised Inzamam to not think too much about the short balls and just react naturally to the bumpers. The former legendary Indian batsman told Inzamam to just focus on the ball and he would be fine if he doesn’t worry too much about it. The trick worked wonders as Inzamam-ul-Haq was able to negate the bouncers and played with aplomb.

Inzamam recalled that he met Sunil Gavaskar for a charity match and asked for the advice.

“It was somewhere half of our season that I met him at a charity match in England. We both had gone to play that match. And asked him ‘Sunil Bhai I’m facing problems to play short-pitch balls, what should I do?’” Inzamam said while talking on his YouTube channel.

He continued, “As great are the ways of the great, he told me to do only one little thing. He asked me while playing don’t think about short-pitch balls or bouncers because the moment you’ll think about that you’ll get trapped. He told me that when the bowler would deliver the ball you would automatically understand; so don’t get worried about that.”

Subsequently, Inzamam batted with intent and didn’t overthink about the short ball. He was able to reap rewards and followed the advice for the rest of his career. Inzamam admitted that he never faced any trouble while facing the short balls and played them with confidence.

“While in nets I started practicing the way I was told by him. I strengthened my mind, telling myself not to think about that. The weakness went away. And from 1992 till the time I retired, I never faced that problem again,” he said.

Inzamam-ul-Haq went on to savour great success for Pakistan and his records speak for himself. The right-hander had a solid technique and there was hardly any chunk in his armour. Inzamam scored 8830 runs in 120 Test matches at an impressive average of 49.60 whereas he amassed 11739 runs in 378 ODI matches at an average of 39.52.