IPL 2020: A lot of credit goes to the bowlers – David Warner 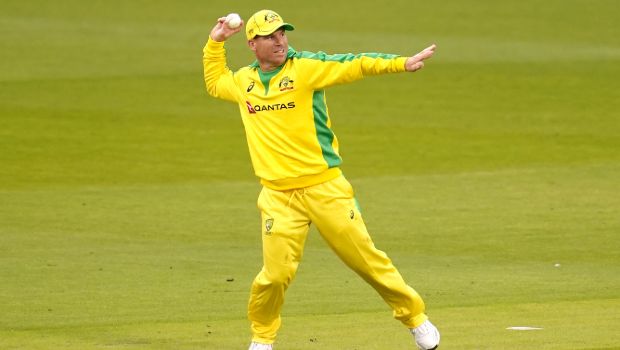 Warner won the toss and decided to bowl first and the SRH bowlers were able to restrict MI to a sub par total of 149-8.

Sandeep Sharma was once again right on the money in the powerplay overs as he dismissed Rohit Sharma and the in-form Quinton de Kock. Subsequently, Shahbaz Nadeem dismissed Suryakumar Yadav and Krunal Pandya in the same over to push MI on the backfoot. Sandeep took the crucial wicket of Ishan Kishan in his second spell whereas Holder dismissed the dangerous Kieron Pollard in the final over.

Sandeep scalped three wickets whereas Holder snared two wickets. Nadeem was the pick of the SRH bowlers as he took two wickets and conceded only 19 runs in his quota of four overs. Thus, the left-arm spinner was awarded the Player of the match.

Rashid Khan was slightly on the expensive side as per his own standards as he conceded 32 runs in his four overs but he accounted for Saurabh Tiwary. Ergo, it was a fine collective bowling effort from SRH as they kept the potent MI batting unit in check.

Warner was all praise on his bowlers after his team secured a place in the playoffs with a 10-wicket win over the defending champions.

Warner said in the post-match ceremony, “It feels good now after that dreadful loss against KXIP. They rested a few players but to hold them to 150 on this ground was great. A lot of credit goes to the bowlers, Nadeem was superb. We were trying to be as clinical with the bat then, and it feels good. We try and put our best foot forward, and that stems from the franchise owners. They are great people and it is like a family. We have a never say die attitude and that is how we approach each game”.

On the other hand, David Warner and Wriddhiman Saha added a fine alliance of 151 runs to take their team over the line. Saha has been a great addition to the team and he has done a fine job both as a keeper and opening batsman. The right-hander has scored 214 runs in four innings at an outstanding average of 71.33 and strike rate of 139.86.

SRH will face RCB in the Eliminator at Sheikh Zayed Stadium, Abu Dhabi on 6th November.