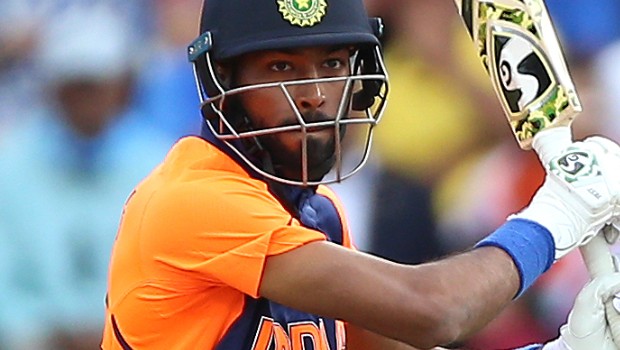 Former Indian opener and now commentator Aakash Chopra has backed Mumbai Indians  all-rounder to be the Most Valuable Player of the upcoming season of the IPL 2020. Hardik will be making a comeback after a long hiatus as he had gone under the knife for his back injury.

It would be interesting to note Pandya’s fitness as well as form as he would play competitive cricket after a long time. Pandya has scored 1068 runs in 66 IPL matches at an average of 28.86 and a blistering strike rate of 154.78. Furthermore, the right-arm pacer has scalped 42 wickets in the tournament for MI.

Pandya has done a fine job for the defending champions and he has played an instrumental role in their success of the franchise. Chopra feels all-rounders have a higher chance of becoming an MVP of the season as they can deliver the goods with both bat and ball.

KKR talisman all-rounder Andre Russell was the MVP of the previous season as the explosive batsman had amassed 510 runs and scalped 11 wickets in 14 matches for his team. Chopra feels it would be a race between Russell and Pandya for the MVP of the season but he backed the latter to come up on top.

Aakash Chopra said while talking on his YouTube Channel, “I will go with Hardik Pandya as the Most Valuable Player for IPL 2020, let’s see. Because it will be a race between Hardik and Andre Russell, Hardik is coming back from an injury but I still want to put my money on him because I like this player a lot.”

On the other hand, Aakash Chopra has backed either RCB skipper Virat Kohli or KXIP captain KL Rahul to finish as the top run-getters of the season.

Chopra feels RCB spinner Yuzvendra Chahal has a good chance of finishing as the leading wicket-getter of IPL 2020. The commentator also believes KKR’s Sunil Narine and Kuldeep Yadav can be front contenders for the Purple cap.