Home » Cricket » IPL 2020: Aakash Chopra picks four overseas players for RCB who should be part of the playing XI

IPL 2020: Aakash Chopra picks four overseas players for RCB who should be part of the playing XI 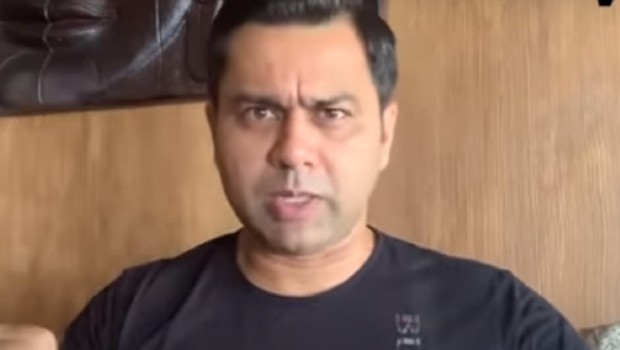 Finch is expected to open the innings and he would aim to take the pressure off the shoulders of Virat Kohli and AB de Villiers. The Australian has scored 1737 runs in 75 IPL matches at a meagre average of 25.93 and a strike rate of 130.7.

AB de Villiers has been a consistent performer for the RCB over the years and he is a given in the team. The right-hander has scored 4395 runs in 154 IPL matches at an impressive average of 39.95 and a brilliant strike rate of 151.24.

Moeen Ali had impressed with his skills in IPL 2019 as he had scored 220 runs in 11 matches for RCB at a blistering strike rate of 165.41. Ali can also provide some crucial overs with his off-spin.

South Africa’s all-rounder Chris Morris was roped in by RCB for a whopping amount of INR 10 crores. Morris has impressed in the IPL while playing for Delhi Capitals as he has scored 517 runs at a whirlwind strike rate of 157.62 and has also snared 69 wickets in 61 IPL matches.

Aakash Chopra said in his video uploaded on Facebook, “I feel you can play all three. You can play Finch as opener, AB de Villiers as a batsman, Moeen Ali and Chris Morris. These will be my four overseas players in the RCB team I would like to make.”

RCB is yet to savour success in the IPL despite making it to the finals on three occasions. Chopra feels they have a balanced team this time around and he thinks that the RCB will perform better than they have done in the past seasons.

The Virat Kohli-led team will look to turn the tables and come up with impressive performances in the IPL. The IPL is all set to begin from September 19 in the UAE.