Home » Cricket » IPL 2020: Aakash Chopra picks the probable MVP from each of the franchises

IPL 2020: Aakash Chopra picks the probable MVP from each of the franchises 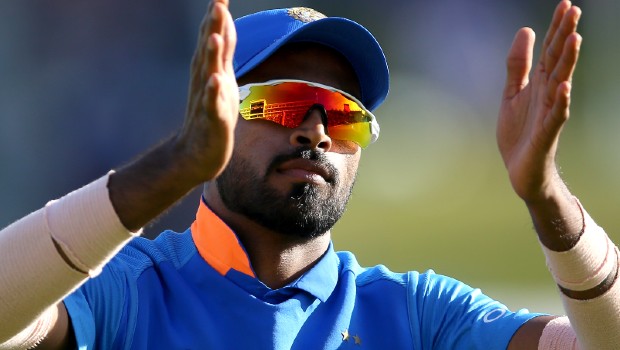 Hardik Pandya has been instrumental for the defending champions Mumbai Indians. Pandya will be making a return after a long time due to his back injury and he would be determined to prove his mettle. The all-rounder has scored 1068 runs in 66 IPL matches.

Ravindra Jadeja has been in fine form in the recent past in the white ball format. The southpaw has scored 1927 runs in 170 IPL matches and he has also snared 108 wickets.

Rashid Khan is currently the best spinner in the shortest format of the game. The leg-spinner has bamboozled the best in the business and he has scalped 55 wickets in 46 IPL matches while playing for Sunrisers Hyderabad.

Virat Kohli is the highest run-getter in the IPL and he is the most consistent batsman in the world. Kohli has scored 5412 runs in 177 IPL matches and he would aim to deliver the goods for RCB.

Andre Russell is the best T20I all-rounder and was in the beast mode in the last season. Russell has scored 1400 runs in 64 IPL matches at a whirlwind strike rate of 186.4.

Shreyas Iyer had led Delhi Capitals with aplomb in the previous season. Iyer has amassed 1681 runs in 62 IPL matches at an average of 30.6 and strike rate of 127.

KL Rahul led Kings XI Punjab for the first time in the IPL and he was in red-hot form before the lockdown. Rahul had finished among the top three run-getters of the tournament in the last two seasons.

Rajasthan Royals ‘Jos Buttler has been in prolific form throughout the summer for England. Buttler has scored 1386 runs in 45 IPL matches at an average of 35.54.