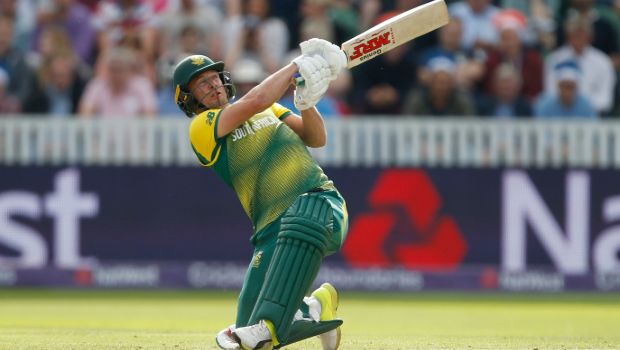 AB scored a blistering knock of 73 runs from only 33 balls with the help of five fours and six maximums at a whirlwind strike rate of 221.21. Ergo, he was awarded the Player of the match for his match winning knock.

This was the 22nd time when AB was awarded the Player of the match in the IPL. The right-hander leapfrogged Kings XI Punjab opener Chris Gayle’s tally of 21 Man of the match awards in the IPL.

Mumbai Indians opener and skipper Rohit Sharma is third on the list with 19 Man of the match awards in the Twenty20 league. Sunrisers Hyderabad captain David Warner and Chennai Super Kings skipper MS Dhoni have both won the player of the match awards on 17 occasions in the IPL.

Meanwhile, AB de Villiers was at his best in the 28th match of the season against Kolkata Knight Riders at Sharjah Cricket Stadium on Monday. AB was able to hit the ground running and there was no stopping him as he timed the ball to perfection.

The right-hander scored 21 runs in the long-off region and 36 of his runs came in the long-on and mid-wicket region. RCB were able to score 83 runs in the final five overs and the bulk of the scoring was done by AB de Villiers.

In fact, at one stage it looked like RCB would find it difficult to cross the 160-run mark but AB de Villiers was able to turn the tide with his blistering batting. Virat Kohli wasn’t at his best and it was crucial for RCB that AB fired at full throttle.

The right-hander looked in ominous form and the KKR bowlers had no answers to his onslaught. On the other hand, RCB bowlers also did a fine job as they restricted KKR to a paltry score of 112 runs as Men in Red won by a mammoth margin of 82 runs.

RCB will next face KXIP at Sharjah Cricket Stadium on 15th October.