Home » Cricket » IPL 2020: Abdul Samad can be a special player in the future – Yuvraj, Harbhajan praise the youngster

IPL 2020: Abdul Samad can be a special player in the future – Yuvraj, Harbhajan praise the youngster 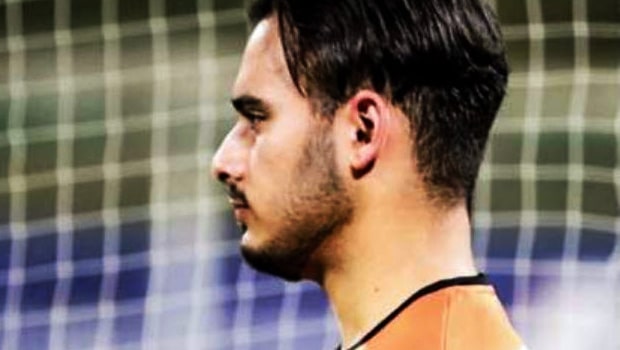 Sunrisers Hyderabad all-rounder Abdul Samad has impressed with his pyrotechnics. Samad didn’t get a lot of opportunities in the league stage matches and he also didn’t get a lot of balls to face as he batted in the lower middle order. Thus, there was no time for Samad to get settled at the crease as he had to hit the ground running.

It is never easy to hit the blocks for an inexperienced batsman but Samad has shown all the right skills to go a long way in his career. SRH were under the pump at 90-4 when Abdul Samad joined forces with Kane Williamson.

The Orange Army was in dire need of some big shots as the required run rate was shooting through the roof. Samad was able to get going as he smashed 33 runs from 16 balls with the help of two fours and as many sixes. The right-hander from Jammu and Kashmir, pulled Anrich Nortje for a massive six and it was the standout shot of his cameo knock.

It was due to a brisk alliance of 57 runs between Kane Williamson and Abdul Samad that SRH were able to stay within the contest. However, the Orange Army couldn’t cross the line as both of them were dismissed in quick succession.

SRH lost the match by 17 runs but they showed the stomach for the fight with the partnership between Williamson and Samad.

After a fine knock from young Abdul Samad, former players like Yuvraj Singh, Harbhajan Singh and Irfan Pathan heaped praise on the youngster.

Irfan Pathan, who has played a mentor role in Samad’s career, wrote, “Yes he should have won the game for @SunRisers but really proud of #abdulsamad for showing character and power game”.

Yuvraj Singh replied on Pathan’s tweet and wrote, “Samad showed a lot of promise I feel can be a special player in the future”.

Meanwhile, Samad is known for clearing the ropes and he had scored a total of 36 sixes in the previous season of Ranji Trophy, which was the most by any player. Samad has also impressed in the field and he will definitely be the one to look out for in the future.