Home » Cricket » IPL 2020: Adam Zampa hopeful of getting opportunity to bowl in death overs for RCB

IPL 2020: Adam Zampa hopeful of getting opportunity to bowl in death overs for RCB 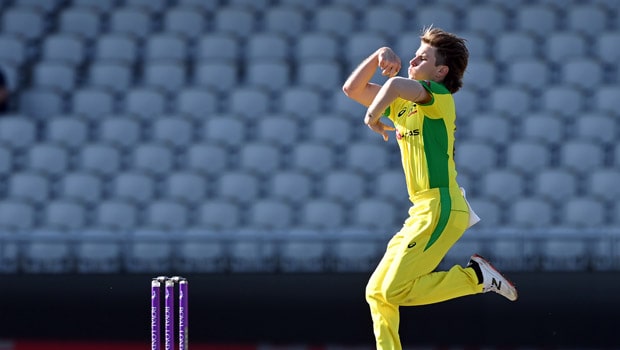 Royal Challengers Bangalore leg-spinner Adam Zampa is hopeful of getting an opportunity to bowl in the death overs in the upcoming season of the IPL 2020. Zampa recently replaced fast bowler Kane Richardson, who decided to pull out of the tournament to be with his wife for the birth of his child.

Meanwhile, Zampa has impressed one and all with his performances. Zampa had played for Rising Pune Supergiant and he has scalped 19 wickets in 11 IPL matches.

On the other hand, the death bowling has been RCB’s Achilles Heel in the past seasons. Their bowlers have failed to come up with impressive performances but they have a better bowling attack for the forthcoming season.

It is rarely noticed that a spinner is given the ball in the death overs but Zampa is ready to take the challenge if Kohli shows the trust in him. The leg-spinner has the variations under his arsenal and he would aim to grab his opportunities in the team.

The leg-spinner has impressed with his skills in the T20I format as he has snared 36 wickets in 33 matches for Australia.

Zampa is hopeful that he will get his chance to play alongside Yuzvendra Chahal.

“I’ve got a really good opportunity coming to the IPL, where hopefully I can bowl with Chahal at RCB. I might get the opportunity to bowl those later overs, in case the team might be struggling for example,” Adam Zampa said in a video on ESPNcricinfo.

On the other hand, the Australian leg-spinner is looking forward to bowling alongside Chahal. Zampa feels both of them are similar kinds of spinners and they can learn a lot from each other.

“Chahal’s going to be good to work with. We have similar trades but we can also learn from each other as well. Then there are the obvious ones – players like Virat and AB de Villiers. Just by watching them, the way they train and go about it, watching them bat, it’s pretty exciting,” Adam Zampa said.

RCB will kickstart their IPL 2020 campaign against Sunrisers Hyderabad on 21st September at Dubai International Stadium.