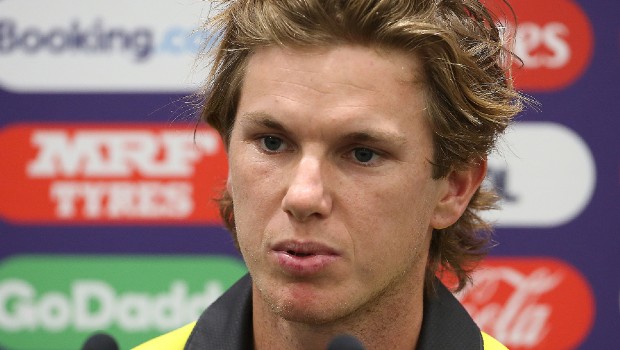 Australian leg-spinner Adam Zampa has replaced fast bowler Kane Richardson at Royal Challengers Bangalore for the upcoming season of the Indian Premier League. Richardson, who was earlier looking forward to playing alongside Virat Kohli, has pulled out of the IPL to be with his wife for the birth of his first child. Richardson had earlier played for RCB and he had snared 18 wickets in 14 IPL matches.

The Twitter handler of the RCB took to the platform to confirm the news. “We’re thrilled to welcome Adam Zampa in RCB colours. He replaces Kane Richardson. Let’s #PlayBold Adam Zampa.” RCB tweeted on Monday night.

“The RCB family is excited for Kane and his wife who are expecting the birth of their first child and respect his decision to pull out of the tournament,” it added.

Adam Zampa has impressed with his craft in the recent past and has done well for Australia. The leg-spinner had earlier played for Rising Pune Supergiant and had scalped 19 wickets in 11 IPL matches.

Zampa will join the likes of Yuzvendra Chahal, Washington Sundar, Moeen Ali and Pawan Negi in RCB’s spin bowling attack. It would be a great opportunity for Zampa to impress one and all in the IPL. The leg-spinner will also have the company of Australian players like Aaron Finch and Josh Phillipe.

Meanwhile, Kane Richardson was roped in by RCB for INR four crores whereas Adam Zampa had gone unsold in the auctions. RCB team’s director Mike Hesson understands that Richardson wants to be with his family at this time whereas he is excited to welcome Zampa, who will strengthen RCB’s spin bowling unit.

Currently, both Zampa and Richardson are in England for the limited overs series. The T20I series will begin from September 4 whereas the last ODI will be played on 16th September. Thus, players from both teams are expected to miss the initial few matches of the IPL.

The IPL is all set to begin from September 19 with Abu Dhabi, Sharjah and Dubai to host all the matches of the event.