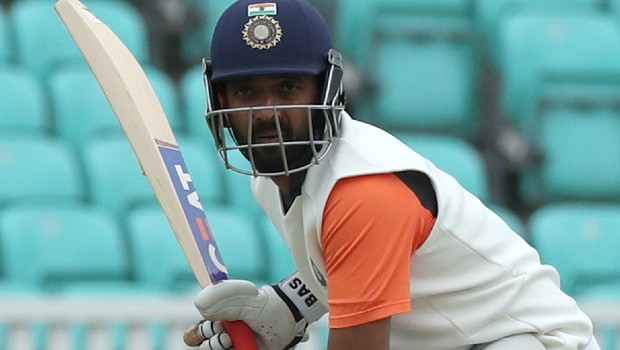 India’s veteran batsman Ajinkya Rahane will play Delhi Capitals in the upcoming Indian Premier League. Rahane revealed how former Delhi Capitals mentor Sourav Ganguly convinced him to shift base from Rajasthan Royals to Delhi Capitals. The right-hander, who is known for his attractive strokeplay, stated that Ganguly had a word with him when he was playing for Hampshire in the County Cricket.

Rahane added that Ganguly told him to take his time before coming to a final conclusion. The former Rajasthan Royals captain thought about the proposal and said yes as it gave him an opportunity to play under Delhi Capitals’ head coach Ricky Ponting. Rahane thought playing under Ponting will help him grow as a player.

Meanwhile, it would be interesting to note how Rahane will get an opportunity in the side. Delhi Capitals already have openers like Shikhar Dhawan, Prithvi Shaw and Jason Roy in their team and thus Rahane might need to wait for his chances.

However, Rahane brings experience to Delhi Capitals along with Ravichandran Ashwin who has been traded from Kings XI Punjab.

During a recent live chat on Instagram, Rahane told Sportstak, “I am really excited to play for the Delhi Capitals. I remember when I was in Hampshire last year and was playing country cricket, Sourav Ganguly was covering India’s World Cup game. He asked me whether I wanted to play and told me to take my time.”

“I took my time and the fact that I would get to play under Ganguly and Ponting I felt would help my growth as a player. But as I said, Rajasthan Royals gave me an opportunity and I am grateful to them,” he added.

On the other hand, Ajinkya Rahane also revealed that his favourite position to bat in the T20 format is the opening slot. As Rahane is not a big hitter of the ball and he relies more on timing to get his runs, the powerplay conditions are ideal for his style of batting.

The right-hander has played 140 IPL matches in which he has scored 3820 runs at an average of 32.93 and a strike rate of 121.93. Rahane is not part of the limited-overs side and he hasn’t been in the best of forms in the recent past. Thus, he would aim to turn the tables while playing for Delhi Capitals in the upcoming season.