Home » Cricket » IPL 2020: All I had to do was give Sanju Samson the strike – Steven Smith

IPL 2020: All I had to do was give Sanju Samson the strike – Steven Smith 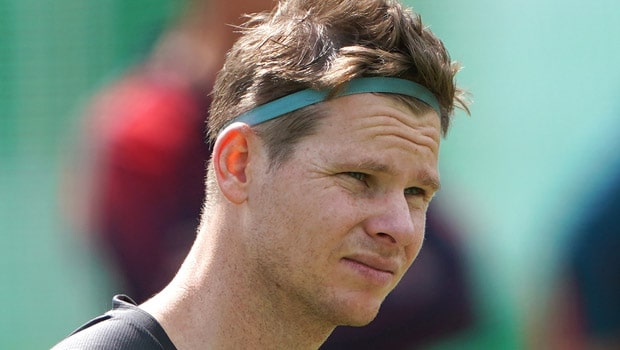 Rajasthan Royals captain Steven Smith was all praise for talented Sanju Samson, who played a sparkling knock of 74 runs off just 32 balls in the fourth game of IPL 2020 against Chennai Super Kings at Sharjah Cricket Stadium on Tuesday. Samson was able to hit the ground running and played some breathtaking shots in his innings.

The flamboyant batsman timed the ball to perfection and he was once again treat to the eyes. Samson was able to get the confidence and launched his attack from on the opposition from the get-go.

On the other hand, Rajasthan Royals skipper Steven Smith promoted himself to the opening position in the absence of Jos Buttler. Smith was struggling to find his timing in the initial phase of his innings and he stated all he had to do was give strike to Sanju Samson, who was batting at the top of his game.

Samson, as he usually does, played proper cricketing shots and there was no slogging. It was all pure timing from the Kerala batsman and the ball made the perfect sound after connecting with his bat.

Meanwhile, Smith revealed that Buttler will most likely open the innings in Rajasthan Royals second game. Buttler had been in sublime form throughout the English summer and he will add value to the Rajasthan Royals batting order.

“Jos is a quality player and we’ll see what happens when he comes back. Hard to take the opening slot away from someone like him”.

It was a perfect start for Rajasthan Royals as they won their opening match by 16 runs. The Royals came up with a fine batting performance and Smith also scored a fine knock of 69 runs.

Jofra Archer added the finishing touches as he clobbered 8-ball 27 whereas he was also brilliant with the ball as he conceded only 26 runs in his quota of four overs.

RR will play their next game against Kings XI Punjab at Sharjah Cricket Stadium on 27th September.