Home » Cricket » IPL 2020: All the batsmen turned out to be illiterate when they faced Rashid Khan – Aakash Chopra

IPL 2020: All the batsmen turned out to be illiterate when they faced Rashid Khan – Aakash Chopra 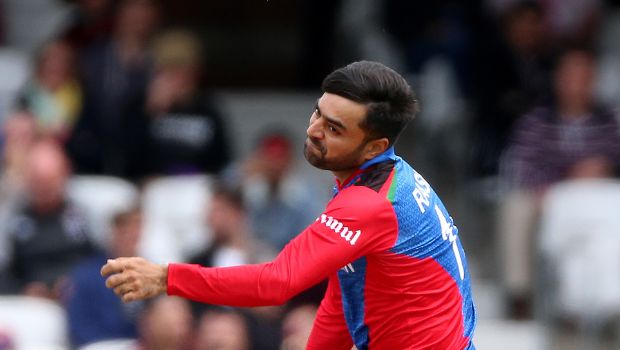 Former Indian opener and now commentator Aakash Chopra has heaped praise on Rashid Khan for having an amazing IPL 2020 for Sunrisers Hyderabad.

Rashid was once again able to bamboozle the best in the business and bowled with great accuracy. The leg-spinner from Afghanistan scalped 20 wickets in 16 matches for SRH and played a crucial role in the success of his team.

Not only Rashid got the crucial wickets for the Orange Army, he kept a tight leash on the proceedings and didn’t let the opposition score freely. The number one T20 bowler had the best economy rate in the tournament as he bowled with an economy of 5.37 runs/over.

Meanwhile, it is not easy to pick Rashid Khan as he is quick through the air and gives very little time to the batsmen to read him off the pitch. Thus, if a batsman fails to read Khan’s variations from his hand, he will be struggling to get going.

There were many occasions when Rashid conceded less than 20 runs in his quota of four overs for Sunrisers Hyderabad. Furthermore, the opposition was cautious of the Afghanistan spinner and didn’t take a lot of risks against his bowling.

Aakash Chopra revealed that he will pick Rashid Khan as his Man of the tournament for Sunrisers Hyderabad ahead of their skipper David Warner, who scored 548 runs in the tourney.

Aakash Chopra said while talking “Rashid was brilliant right from the starting to the end. Warner shone brightly at the end, became explosive but Rashid Khan was amazing right from the beginning. He was bowling at one spot continuously.”

“People were trying to read him off the pitch but no one could do that, all the batsmen turned out to be illiterate when they batted against him. So, he was by far the Man of the Tournament for the Sunrisers Hyderabad.”

Rashid Khan has time and again proved why he is one of the best spinners in the T20 format. Khan was once again right on the money in IPL 2020 and had his wood on the opposition batsmen. Thus, he played an instrumental role in taking SRH to the playoff stages.

The leg-spinner has scalped 75 wickets in 62 IPL matches and he has bowled with an impressive economy of 6.25. Consequently, Rashid will look to continue his good show.

Australia has copped a big blow as their talisman opener David Warner has been ruled out of t... Read More

Aus vs Ind 2020: I don’t think Virat Kohli is in any kind of pressure with captaincy – Harbhajan Singh

Questions have been raised on Virat Kohli’s leadership in the ongoing ODI series against Aust... Read More