Home » Cricket » IPL 2020: All the credit goes to the bowlers – David Warner after win over RCB

IPL 2020: All the credit goes to the bowlers – David Warner after win over RCB 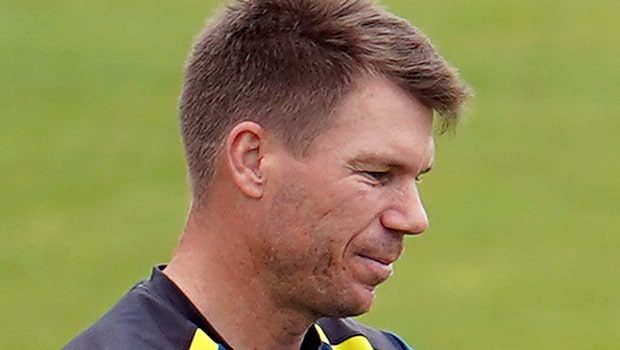 Sunrisers Hyderabad captain David Warner was all praise for his bowlers after their five wicket win over Royal Challengers Bangalore at Sharjah Cricket Stadium on Saturday. SRH restricted RCB at 120-7 after Warner won the toss and decided to bowl first. It was a fine bowling effort from the Orange Army as they ticked the right boxes.

Sandeep Sharma provided a perfect start as he dismissed the in-form Devdutt Padikkal and then got the big wicket of RCB skipper Virat Kohli. RCB could not get going as they kept losing wickets at regular intervals. Furthermore, SRH kept a tight leash on the opposition batsmen and there were no freebies.

Furthermore, T Natarajan continued to impress as he conceded only 11 runs in four overs and scalped one wicket. Thus, it was a perfect collective bowling effort from SRH.

David Warner said in the post-match ceremony, “Coming into this game, we knew we had to beat the top two teams in order to progress. We got one more to go against Mumbai. Losing Vijay is a big miss. For us we have worked out how to go about at the top of the order. With the bowling, all the credit goes to them. We are finding the right balance and the right partnerships. To go for less than 20 in 4 overs, it’s ridiculous. The wicket is slowing up a bit, the bowlers got to adapt to it. Tonight the bowlers have executed it well”.

On the other hand, the batsmen were also able to get SRH over the line. The low scoring games can be tricky but SRH made sure that there were no hiccups in the run chase. Wriddhiman Saha scored 39 runs whereas Manish Pandey and Jason Holder scored 26 runs each to get their team home.

SRH are now in the top four, courtesy an impressive Net Run Rate of +0.555. The Orange Army will aim to continue the good form and win their last match to boost their chances of qualifying for the playoff stages. SRH will next face defending champions Mumbai Indians at Sharjah Cricket Stadium on 3rd November.