Home » Cricket » IPL 2020: Back to back losses are definitely going to put us under the pump – Shreyas Iyer

IPL 2020: Back to back losses are definitely going to put us under the pump – Shreyas Iyer 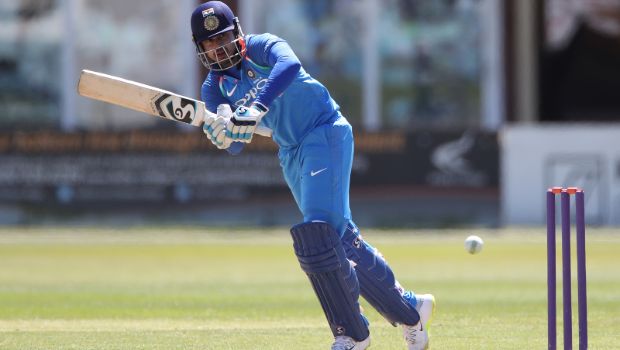 Delhi Capitals captain Shreyas Iyer admitted that back to back losses are definitely going to put them under the pump.

Delhi suffered their third consecutive loss after they lost by a gargantuan margin of 88 runs against Sunrisers Hyderabad at Dubai International Cricket Stadium on Tuesday.

Furthermore, Delhi’s next two matches are against Mumbai Indians and Royal Challengers Bangalore and both of them are among the top two teams in the points table. Delhi will need to win at least one match to seal their playoffs berth.

Iyer stated the team will need to come up with a better performance in the coming matches and they will need to turn the tables.

Meanwhile, Delhi wasn’t up to the mark against the Orange Army. Delhi’s bowling line-up was obliterated by the opening alliance of David Warner and Wriddhiman Saha, who both added 107 runs within the first 10 overs. Warner scored 66 from 34 balls whereas Saha smashed 87 runs from 45 balls.

Shreyas Iyer said in the post-match ceremony, “Back-to-back losses is definitely going to put us under the pump. The boys are really strong, really motivated and this loss is definitely going to motivate us. We lost the game in the powerplay itself. Getting 70 runs in the first six overs was really commendable and the way they went after our bowlers was amazing. We need to have that strong and positive mindset. These losses are not going to put us down”.

On the other hand, Delhi Capitals could not get going in their batting inning as SRH posted a mammoth total of 219 runs on the board. Delhi managed only 131 runs and they were never in the run-chase.

Delhi will play their next match against defending champions Mumbai Indians at Dubai International Cricket Stadium on 31st October.