IPL 2020: Barring one ‘Superhuman’ everyone struggled on that pitch – Virat Kohli on AB de Villiers 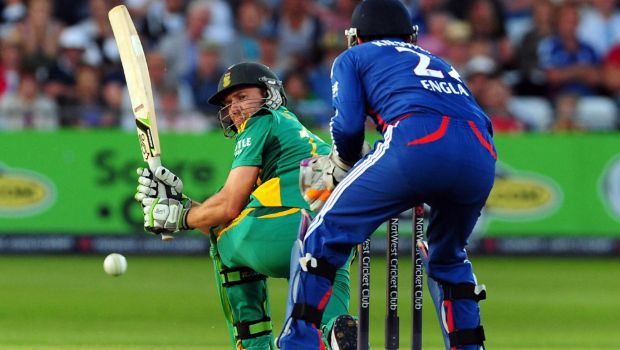 It is noticed in the last couple of matches that Sharjah’s wicket has turned colours and it is not the usual batting paradise, which it was in the initial phase of the tournament.

The pitch was assisting the spinners and the change in pace was helping the fast bowlers. Thus, it was not easy to time the ball for the batsmen. However, AB de Villiers, who is a different breed of batsman altogether, went bonkers against the KKR bowlers.

AB was able to time the ball to perfection and catapulted his attack on the opposition after facing 10 deliveries. There was no stopping AB de Villiers after that as he smashed 73 runs from 33 balls with the help of five fours and six sixes at a blistering strike rate of 221.21.`

The former South African captain was at his best and he timed the ball to perfection. On the other hand, even Virat Kohli struggled to get going however AB was in a different zone altogether.

It looked like RCB would struggle to even get to 165 at one stage but AB de Villiers changed the complexion of the game and took the team to an above par total of 194 runs.

AB de Villiers and Virat Kohli added 100 runs for the third wicket alliance and the RCB captain scored only 33 runs as he failed to change gears.

Virat Kohli said in the post-match ceremony, “Barring one super-human, everyone struggled on that pitch. I thought I had a few balls under my belt so I’ll start striking. But he (AB de Villiers) came in and hit his third ball nicely. On a pitch like that, only AB can do that. It was a special knock. We got 195 purely because of the genius of that man”.

On the other hand, RCB bowlers also did a fine job for the team as they came up with a collective effort. KKR could only manage 112 in their 20 overs as they never could not get going. Chris Morris and Washington Sundar scalped two wickets each whereas Navdeep Saini, Yuzvendra Chahal, Mohammed Siraj and Isuru Udana snared one wicket each.