Home » Cricket » IPL 2020: BCCI reveals that it will be Mumbai Indians vs. Chennai Super Kings in the season opener

IPL 2020: BCCI reveals that it will be Mumbai Indians vs. Chennai Super Kings in the season opener 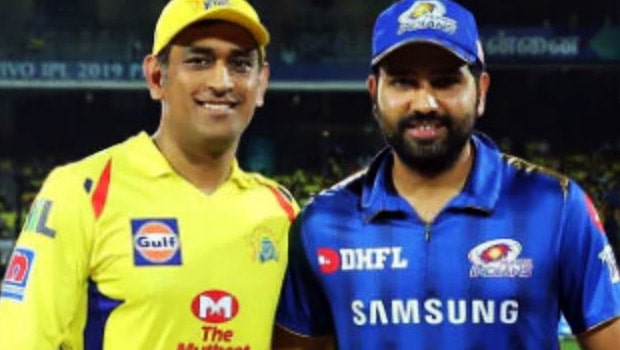 The governing body, BCCI have finally announced the season opener for the 13th India Premier League.

Although the schedule was expected to be announced much earlier, due to the Covid-19 pandemic that affected the Chennai Super Kings  (CSK) camp, the BCCI had to delay the schedule’s announcement. Recall that the upcoming 13th edition of the IPL will be held in UAE.

According to the press release of the BCCI, the defending champions Mumbai Indians will open the competition against SCK. The match is expected to be a blockbuster on Saturday, September 19, in Abu Dhabi.

After the opener, the next match will be held in Dubai on Sunday. Delhi Capitals will take on Kings XI Punjab, and the third match scheduled for Monday is Sunrisers Hyderabad against Royal Challengers Bangalore.

On Tuesday, September 22, Sharjah will witness its first game between Rajasthan Royals and  Chennai Super Kings.

The BCCI schedule further showed that there would be ten doubleheaders. This is because the first match will start at 3:30 PM IST and 2:00 PM UAE time.

Meanwhile, the venues for the playoffs and the IPL 2020 final remain unknown as it will be announced later. The tournament had to be moved to UAE in biosecure bubbles. All teams contingents are being regularly tested for the upcoming 53-day tournament. This is by far the longest in the history of the league.

Dafanews had reported that 13 CSK personnel tested positive for the dreaded virus. Since there are no further COVID-19 cases, CSK had resumed training on Friday while the infected people remain in isolation.

According to the IPL rules, the competition’s opener is usually between the defending champions and last year’s runner-up. With this arrangement, the tradition will be maintained since concerns over CSKs’ readiness were addressed.

As CSK captain, Mahendra Singh Dhoni, and all other CSK players began training, the duo of Deepak Chahar and Ruturaj Gaikwad, who contracted the virus along with 11 team members, will only be allowed to be part of the team after completing the six-day quarantine and their test results must return negative.