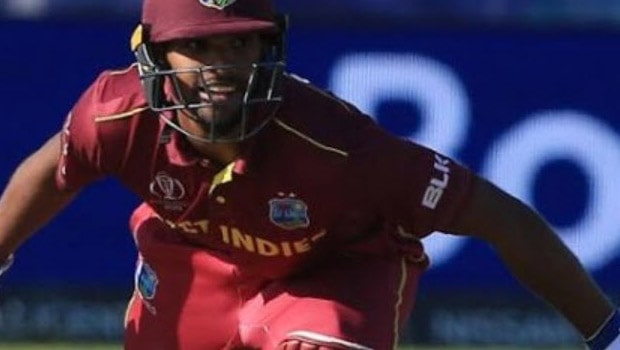 Kings XI Punjab batsman Nicholas Pooran came up with one of the best fielding acts in the history of the game against Rajasthan Royals at Sharjah Cricket Stadium on Sunday. It was the eighth over of the second innings when Pooran flew like a bird to save a six. Royals batsman Sanju Samson had hit the ball towards the deep mid-wicket region but Pooran was just brilliant.

The West Indies player jumped full length over the boundary rope, caught the ball and then threw it back in play to save four runs for his team. Subsequently, Kings XI Punjab co-owner Preity Zinta, former legendary batsman Sachin Tendulkar, Virender Sehwag and Ian Bishop were awestruck by the Superman effort from Nicholas Pooran.

In fact, Kings XI Punjab fielding coach Jonty Rhodes, who is regarded as the best ever fielder of the game, gave a standing ovation to Pooran after his sublime save.

Former Indian legend Sachin Tendulkar hailed Nicholas Pooran acrobatics as the best save ever he has seen in his life. Tendulkar wrote on his Twitter handle, “This is the best save I have seen in my life. Simply incredible!!”.

Subsequently, Jonty Rhodes replied to Sachin’s tweet. Jonty wrote, “When the god of cricket @sachin_rt says it is, then there really is NO question about it being THE best save, EVER.  Fantastic work by @nicholas_47 who inspired the rest of the @lionsdenkxip fielders to put on 1 of the best defensive fielding displays I have ever seen”.

On the other hand, Nicholas Pooran had also played a nice little cameo of 8-ball 25 to add the finishing touches to KXIP. Punjab finished with a par score of 223 runs but it was not enough in the end.

Rajasthan Royals made one of the best comebacks to chase down the highest successful run chase in IPL history. Royals won the match by four wickets after Rahul Tewatia smashed five sixes in an over of Sheldon Cottrell.

The southpaw was struggling to find his form in the initial phase of his inning but made a roaring comeback in the last 10 balls. The left-hander scored 31-ball 53 to change the match on its head.