Home » Cricket » IPL 2020: Bhuvneshwar Kumar ruled out of the tournament

IPL 2020: Bhuvneshwar Kumar ruled out of the tournament 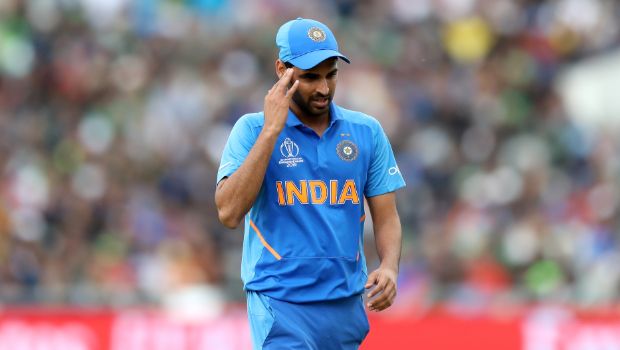 Sunrisers Hyderabad have suffered a huge blow as their pack leader Bhuvneshwar Kumar has been ruled out of the remainder of the Indian Premier League 2020.

Kumar was injured when he was bowling the 19th over against Chennai Super Kings. The swing master could bowl only one ball of the penultimate over and his over was completed by Khaleel Ahmed.

Kumar felt uncomfortable in his run-up and he could not deliver the ball despite trying twice. It is expected that Bhuvneshwar has suffered a hip injury but the nature of his injury is still awaited.

Bhuvneshwar Kumar was at his best in the match against Delhi Capitals as he had scalped two wickets and conceded only 25 runs in his quota of four overs. Kumar is known to get the ball to swing both ways and he mostly provides an early breakthrough to the Orange Army.

Kumar’s absence was clearly felt by SRH in the game against defending champions Mumbai Indians. SRH went on to play Siddarth Kaul and Sandeep Sharma in the playing XI and both of them were expensive in their allotted four overs as they conceded 64 and 41 respectively.

Meanwhile, Bhuvneshwar Kumar has been troubled by injuries in the recent past. In fact, his performances have gone down in recent times due to injuries. Kumar also had hamstring concerns during the 2019 World Cup and thus he missed three matches against Afghanistan, West Indies and England.

Subsequently, he was not part of the West Indies tour after the World Cup. He also went on to miss the home series against South Africa due to side strain.

On the other hand, Sunrisers Hyderabad are currently placed at the seventh place in the points table after two wins from five matches. Hyderabad will need to bounce back in the coming matches and they will also need to fill in the big shoes of Bhuvneshwar Kumar, who has been a consistent performer for them over the years.

SRH will play their next match against Kings XI Punjab at Dubai International Stadium on 8th October.