IPL 2020 cancellation on the cards, no mega auction to take place – Report 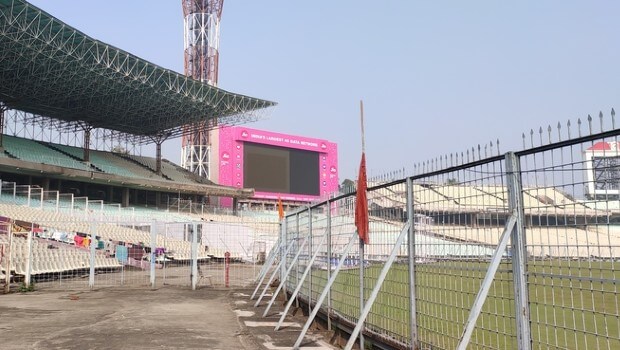 It is reported that the forthcoming edition of the Indian Premier League 2020 is most likely to be cancelled. The tournament is hanging on by a thin thread due to the outbreak of the coronavirus. The pandemic has put the sporting event on hold and the big tournaments like Euro 2020 and the Olympics have been pushed to 2021.

It is also suggested that there will be no mega auction next year. The IPL was to begin from March 29 but it was suspended till April 15 due to the epidemic. There were reports earlier which suggested that the tournament is possible even if it starts in the first week of May. However, that equation also looks unlikely in the present health crisis.

On March 24, India’s Prime Minister Narendra Modi had announced that there will be a 21-day lockdown in the country, which puts question marks on the tournament. The central government had earlier put a fresh visa restriction, which will restrict the entry of foreign players to India.

The source has stated that no risk can be taken and the IPL will take place next year. The game is not possible with social distancing and thus it would be prudent to push the IPL to 2021. The report added that all the eight franchises will be informed after the BCCI gets the confirmation from Indian government.

“IPL will not happen this year. It will now happen next year. We all know how the situation is at the moment in the country and no one will take any risk,” a BCCI source was quoted as saying by Indian Express.

“One can’t have social distancing in the stadium. It’s better to play IPL next year. Also, no mega auction will take place. We will inform the franchises once we get final confirmation from the Indian government, the same season can continue next season,” he added.

The Covid-19 has taken the whole world by storm as more than 720,000 people have been infected all across the globe. Furthermore, the deadly virus has claimed more than 33,000 lives in the world. Ergo, it makes all the sense to postpone the IPL 2020 and the BCCI is supposed to come up with the official statement soon.

The BCCI is expected to incur huge monetary losses if the IPL doesn’t happen but the Indian board also understands the present health crisis.