IPL 2020: Chris Gayle has brought a lot of energy to KXIP – Sachin Tendulkar 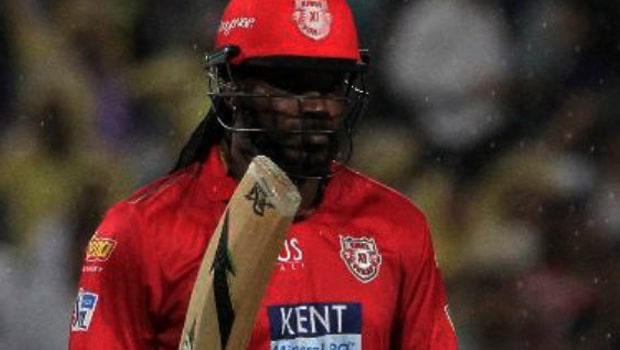 Former legendary Indian batsman Sachin Tendulkar reckons that Chris Gayle has brought a lot of energy to Kings XI Punjab. Gayle was not selected in the first few matches of the tournament as Punjab decided to open the innings with Mayank Agarwal and KL Rahul and then suffered from food poisoning, to be ruled out of the next couple of matches.

Kings XI Punjab were in a soup in the first half of the league stage as they could only manage a solitary win in the seven matches of the tournament. The season was slipping away from Punjab and they required consecutive wins in the second phase of the league stages.

Subsequently, Universe Boss played his maiden match of the season against Royal Challengers Bangalore and scored 53 runs from 45 balls to help his team get over the line. Gayle then also scored a blistering cameo of 29 runs off 13 balls against Delhi Capitals.

Thus, the southpaw has added value to the team and Punjab has won four matches on the trot since the arrival of Chris Gayle in the final XI. In fact, Punjab has backed Gayle to bat at number three, which is not his norm position as he mostly opens the innings.

“Well, he (Chris Gayle) has brought a lot of energy in the team and there are certain players with the way they play, their style, the statement they make with the hard-hitting shots. It has a positive impact on the team and that is exactly what has happened. Although I know KL Rahul and Mayank Agarwal have been batting well. Nicholas Pooran is another dangerous guy and the addition of Chris Gayle makes a dangerous batting line-up,” Sachin Tendulkar said in a video uploaded on his social media.

Tendulkar also added that Gayle is a very smart player as he understands the game and he brings experience to the line-up.

Punjab has so far won five matches out of the 11 they have played and they will need to win the remaining three matches to seal their playoffs berth. KXIP will aim to continue the good show in the coming matches to keep themselves in the playoffs race.