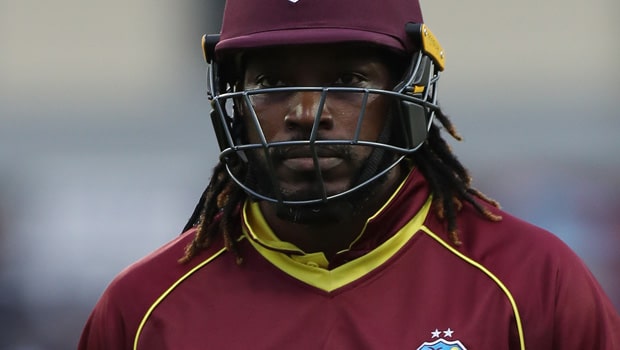 Kings XI Punjab veteran batsman Chris Gayle has recuperated from food poisoning and he is likely to play his maiden match of the season for the franchise against RCB. KXIP head coach Anil Kumble had earlier revealed that Gayle was set to be part of the team for the match against Sunrisers Hyderabad but had to sit out due to food poisoning.

KXIP backed Mayank Agarwal and KL Rahul as their openers and thus Gayle had to warm the benches. Both Agarwal and Rahul have been in prolific form and they have provided great starts to the team but their middle order has let them down.

Thus, it is expected that Agarwal will bat at one down whereas Gayle will open the innings with KXIP skipper KL Rahul. Gayle would be determined to hit the ground running against his former team RCB.

The match will be played at a smaller ground of Sharjah and it could be a nightmare for RCB bowlers if Gayle gets going. The left-hander is the leading run-getter in the T20 format and he would look to prove his mettle for KXIP.

“He is fine now and it is likely that he will be playing the game against RCB (on Thursday),” a team source told PTI.

Meanwhile, KXIP has had a horrid start in the first half of the season as they have lost six matches out of the seven they have played. Thus, Punjab will need to turn the tables quickly and they would hope that Gayle will fire at full cylinder for them. Punjab will need to win all their remaining seven matches to qualify for the playoff stages.

In fact, Punjab had the previous match against KKR in their grasp but they went on to lose by two runs.

Gayle will bring experience to the table for KXIP and he is going to hold the key at the top of the order. KXIP will play RCB at Sharjah Cricket Stadium on 15th October.