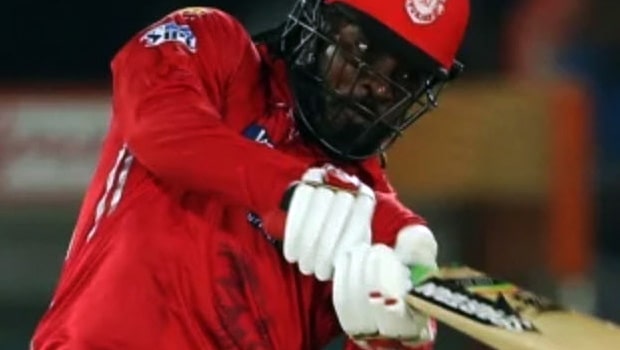 Former England spinner Graeme Swann reckons Chris Gayle’s inclusion has completely changed Kings XI Punjab in the ongoing season of the IPL. Punjab had a horrid start in the first half of the league stage as they could only win a solitary match out of the first seven matches.

However, since Chris Gayle inclusion in the final XI, Punjab have turned the tables as they have won five matches on the bounce to keep their playoff hopes alive. In fact, Punjab now have the momentum on their side and they are one of the favourites to qualify for the playoff stages.

Earlier, the Punjab think tank had decided to leave Chris Gayle out of the playing XI as they opened the innings with Mayank Agarwal and KL Rahul. Subsequently, the Universe Boss suffered from food poisoning and thus couldn’t be part of the playing XI.

Gayle played his maiden match of the season against RCB and he was able to straight away create an impact as he scored a fine fifty. The left-hander, who is the highest run-getter in the T20 format, scored another match-winning fifty in the all-important match against Kolkata Knight Riders.

“Well Kings XI are a strong team, there is no doubt about that. Since Chris Gayle has come into the fold, they look like a completely different outfit,” Swann said while speaking on Star Sports show Game Plan.

On the other hand, former Indian opener Aakash Chopra also spoke on the same lines. Chopra added that Gayle can turn the match on its head with his whirlwind batting. Gayle has all the experience under his belt and he has done a fine job for KXIP while batting at one down.

“Kings XI Punjab’s fortunes in this tournament have completely changed since the arrival of Christopher Henry Gayle. They haven’t really lost a game since he’s been there, so now Rajasthan Royals, they need to win and for that to happen, they will have to figure out a game plan to stop Gayle and say, and not just one, they might need a couple of them because when he gets going, of course, he’s a tornado, who just blows away the opposition,” said Chopra.

Gayle has scored 177 runs in five innings at an average of 35.40 and a blistering strike rate of 138.28. Thus, the Universe Boss has added value to the final XI since his arrival.

Kings XI Punjab will play their 13th match of the season against Rajasthan Royals at Sheikh Zayed Stadium, Abu Dhabi on Friday.