Home » Cricket » IPL 2020: Chris Morris is going to bring a lot of experience to the squad – Virat Kohli

IPL 2020: Chris Morris is going to bring a lot of experience to the squad – Virat Kohli 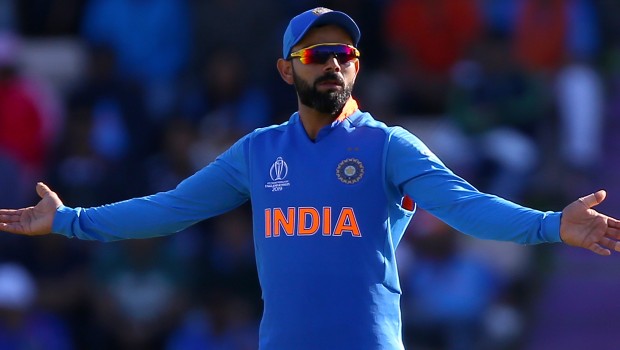 Royal Challengers Bangalore skipper Virat Kohli has stated that Chris Morris is going to bring a lot of experience to the squad for the upcoming season of the IPL. Morris is going to add value to the RCB squad as he can bowl accurately in the death overs. The death bowling has been RCB’s Achilles Heel in the tournament and they would want to come up with a better performance.

Morris has an accurate yorker in his repertoire and he can deliver the goods for RCB. The South African all-rounder can also get going with the bat as he can score quickly.

Morris was roped in by RCB for a whopping INR 10 crores and he would aim to come up with his best. Overall, Morris has scored 517 runs in 61 IPL matches at an average of 27.21 and a whirlwind strike rate of 157.62.

Furthermore, Australian limited overs captain Aaron Finch will also bring experience at the top of the order for RCB.

“I would definitely agree with that (most all-round squad). The reason why we wanted someone like Chris Morris precisely for that reason. He brings a lot of experience into the squad,” Virat Kohli was quoted as saying by Hindustan Times.

“The youngsters whom we have picked this year are exciting too. Someone like Aaron Finch, who has a lot of experience, playing international cricket for a while, Josh Philippe, up and coming, exciting player,” he further added.

RCB will aim to come up with a collective effort, which they haven’t been able to do in the previous seasons. The Virat Kohli-led team would aim to turn the tables and they have the players who can take them to glory in the upcoming season.