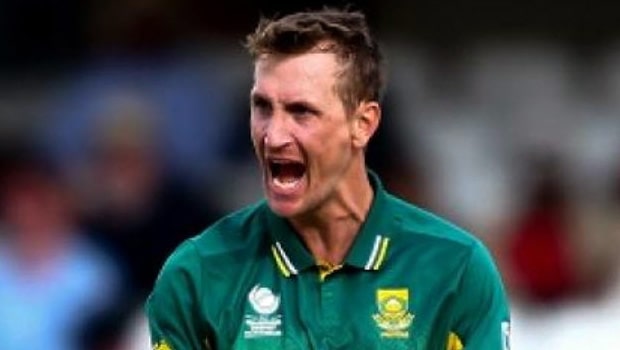 The Royal Challengers Bangalore captain Virat Kohli has hinted that their talisman all-rounder Chris Morris will be available for the clash against Chennai Super Kings at Dubai International Stadium on 10th October. Kohli stated that Morris was very close to being in the playing XI for the match against Delhi Capitals but he wasn’t 100%.

The RCB skipper feels the team will have better balance after Morris inclusion in the final XI.  Morris was roped in for a whopping price of INR 10 crores by RCB in the IPL 2020 auctions but he missed the first five matches of the tournament due to side strain.

The all-rounder can help RCB end their death bowling woes as he has a good yorker under his repertoire. Furthermore, Morris can add the finishing touches with the bat for the franchise.

Overall, Morris has scored 517 runs in 61 IPL matches at an average of 27.21 and a whirlwind strike rate of 157.62. Moreover, he has scalped 69 wickets in the tournament. Thus, Morris will definitely add value to the RCB squad.

Virat Kohli said in the post-match ceremony after the loss against Delhi Capitals, “Chris Morris was really close to playing today as well but couldn’t make it. We have four days before the next game, once he comes back into the squad it is a different balance altogether. The good thing is we have won three out of five, we have lost two where we haven’t played good cricket, so I think it is about rectifying those small mistakes”.

Meanwhile, it was one way traffic in the match between Delhi Capitals and RCB as the former came up with a comprehensive win of 59 runs. RCB will now look to bounce back in style as they have lost two matches out of the five they have played. They are currently at third place in the points table.

There is no doubt that Morris will bring quality and experience to the table for RCB and he is going to hold the key for the team. The Virat Kohli-led team will look to come up with a collective effort in the coming matches.