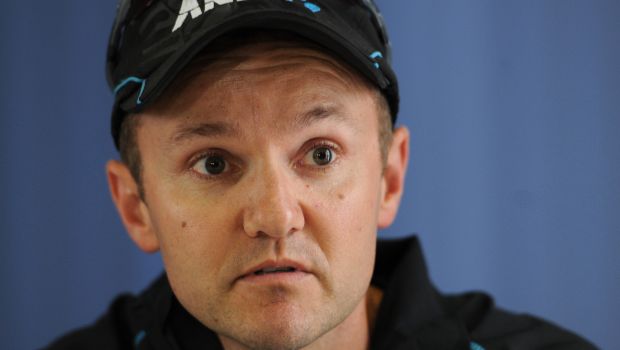 Morris has already missed the first two matches of the season for RCB after suffering a side strain injury.

The Proteas all-rounder, who was roped in for a whopping amount of INR 10 crores in the IPL 2020 auctions, will definitely add teeth to the RCB bowling unit. The death bowling has been the team’s Achilles Heel over the years and Morris has the skills to consistently hit the blockhole.

However, his absence has left the team in a spot of bother. RCB bowlers had gone on to concede 74 runs in the four overs in the match against Kings XI Punjab and it was the turning point of the match.

Hesson understands the importance of having a player like Chris Morris in the final XI as the all-rounder can provide balance to the team with his all-round skills. In fact, Morris can also add the finishing touches as a batsman for RCB.

“The mood’s good, we have spent time reflecting on our performance against KXIP, we obviously do not accept that as our standard, we have been training with a purpose. Morris is progressing really well but he is unlikely to play the match against Mumbai. He is one guy who we would love to have back as he gives the side a right balance,” said Hesson in a video posted on the official Twitter handle of RCB.

On the other hand, RCB head coach Simon Katich also admitted that the absence of Chris Morris has made it difficult for the franchise to come up with the right balance.

Morris will add solidarity to the RCB unit as he can deliver the goods with both bat and ball. Morris should be fit enough to take the field against Rajasthan Royals on 3rd October.

RCB had lost their last match against KXIP by a gargantuan margin of 97 runs and they would aim to bounce back against MI. The 10th match of IPL 2020 between RCB and MI will take place at Dubai International Cricket Stadium on 28th September.