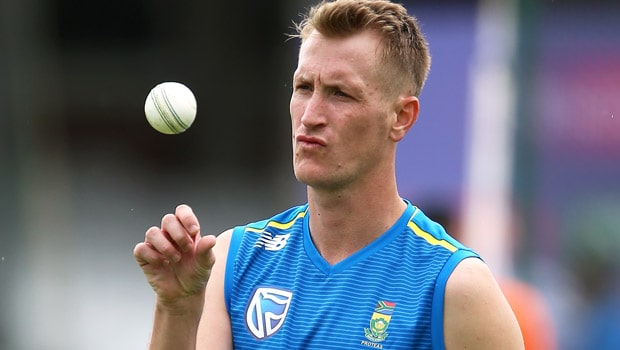 Former Indian opening batsman Gautam Gambhir feels South African all-rounder Chris Morris will add balance to the RCB. Morris was roped in by RCB for a whopping amount of INR 10 crores in the IPL 2020 auctions. The right-arm fast bowler has a good yorker under his belt and thus he can put paid to RCB’s death bowling woes.

Furthermore, Morris can provide the finishing touches while batting in the lower order. The right-hander had scored 195 runs in seven innings in IPL 2016 at a blistering strike rate of 178.89 and had scored 154 runs in nine innings in IPL 2017 while playing for Delhi Capitals (earlier Delhi Daredevils).

Overall, Morris has scored 517 runs in 61 IPL matches at an average of 27.21 and a whirlwind strike rate of 157.62. Thus, Morris has the experience under his belt and he would aim to bring his best to the table for RCB.

Gambhir added that RCB also have quality spinners like Washington Sundar and Yuzvendra Chahal. The former KKR captain is looking forward to seeing which four overseas players will Virat Kohli play in the final XI.

“Chris Morris provides balance to the RCB squad, a quality all-rounder although he has not played much cricket. He can be a finisher as a batsman and can also give you 4 overs and bowl at the death… They have Washington Sundar and Yuzvendra Chahal as well but it will have to be seen which 4 overseas players RCB pick in their XI,” Gambhir said.

On the other hand, Gambhir is hopeful that RCB bowlers like Umesh Yadav and Navdeep Saini will come up with better performances in the IPL. Gambhir added that RCB will be happy as they won’t be playing seven home matches at Chinnaswamy stadium, which has a smaller ground and thus it makes it harder for the bowlers to contain the batsmen.

The Virat Kohli-led team had finished the previous season as wooden spooners of the tournament. RCB will play their opening IPL match against Sunrisers Hyderabad at Dubai International Stadium on 21st September.