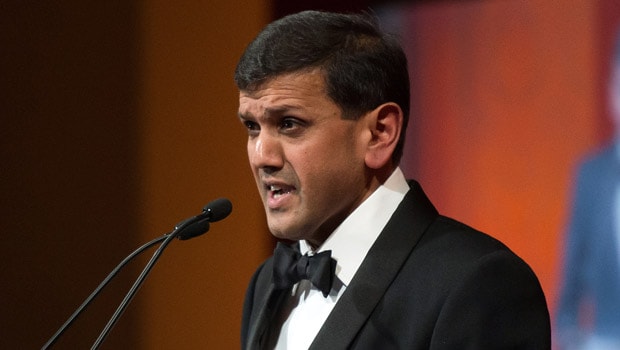 Rajasthan Royals co-owner Manoj Badale believes the upcoming edition of the Indian Premier League could be a shortened tournament. However, he is not sure when the competition will take place in the year. The IPL was expected to begin this week but it was suspended till April 15 due to the outbreak of coronavirus.

However, the official statement hasn’t been made by the organisers but in all likelihood it is impossible to host the tournament in the immediate future. Thus, it is expected that IPL will be cancelled for the time being and the BCCI is mulling to target another window to organise the tournament.

Badale revealed that the franchise owners have discussed the possibility of the IPL and it could be played behind closed doors, as earlier suggested by the Indian board.

“The cricket calendar is so packed. There are very few gaps especially for a seven-week tournament, so I suspect even if a gap can be found, it would have to be a shorter tournament,” Manoj Badale said speaking to BBC 5 live.

On the other hand, Badale believes scrapping the IPL is not an option as it is a massive tournament for the game. Furthermore, he reckons that if the foreign boards don’t allow their players to travel to India, then they might look to have an IPL with only Indian players. Every franchise plays four overseas players in their final XI and they play a huge role in the IPL.

“I think we will have some form of tournament this year. It will probably be a shortened tournament. As long as people are prepared to be creative and as long as boards are prepared to work together collaboratively, it [IPL] is hugely important to the game of cricket. It is not just of importance to the Indians that the IPL takes place. If it was a choice of no IPL or a domestic player-only IPL I would choose the latter,” Badale said.

In the present scenario, it looks unlikely that the IPL will go on. Moreover, it will be difficult for the BCCI to target another window as the cricket schedule is packed according to the Future Tour Programme. It was also reported that the Indian board might look to host the tournament in the September-October window.

India’s Prime Minister Narendra Modi had declared a 21-day lockdown in the country on 24th March and it is expected that it may be extended. The positive cases have reached 1637 whereas 38 people have so far died. Ergo, it would be interesting to note when the BCCI will take a final call on the future of the 13th season of the IPL.