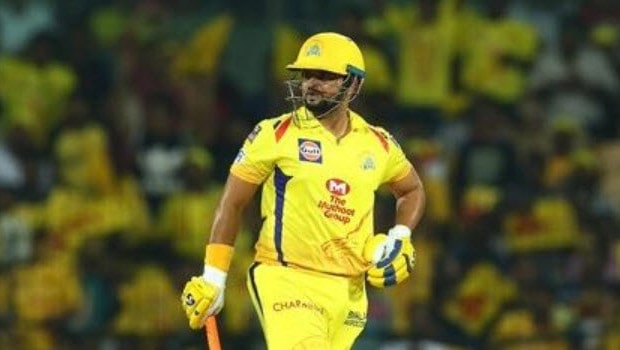 Former Indian opener Kris Srikkanth reckons Chennai Super Kings will miss the services of their vice-captain Suresh Raina. The left-hander has pulled out of the IPL due to personal reasons. Raina is the second highest run-getter in the IPL and there is no doubt CSK will have big shoes to fill.

The southpaw has scored 5368 runs in 193 IPL matches and he has been a consistent performer for CSK over the years. However, Srikkanth feels CSK skipper MS Dhoni will handle the situation better.

Dhoni has always been instrumental in the success of the team both as a captain as well as a batsman. Dhoni is known to get the best out of the players and he is one of the most successful IPL captains.

On the other hand, CSK will also miss the experience of Harbhajan Singh, who also decided to pull out due to personal reasons.

Kris feels CSK will miss Raina both as a batsman as well as a vice-captain of the team. Subsequently, it would be interesting to note how MS Dhoni will handle his troops.

“Chennai Super Kings are definitely going to miss Raina. Firstly, as a player, as a batsman. Most importantly, fielder and part-time bowler. And as a vice-captain and support to Dhoni. Raina has been a huge support to Dhoni. He brings a lot of energy to the team. You’re going to miss all that,” Kris Srikanth said in his YouTube show ‘Cheeky Cheeka’.

“Two big blows for CSK. Now it’s all in the hands of Dhoni. He will handle it well, he has seen situations well. Even in such a situation, he will be able to do well,” he added.

Meanwhile, Srikkanth feels it would be a good opportunity for Murali Vijay to redeem his IPL career. In fact, CSK’s all-rounder Shane Watson also believes Vijay can fill in the void left by Suresh Raina. Vijay has amassed 2587 runs in 103 IPL matches and he would like to grab his opportunities if he gets a place in the side.

Vijay had scored a fine knock of 95 runs in the 2011 IPL final against Mumbai Indians and he would aim to be at his best.

Chennai Super Kings will play the opening match of the IPL against reigning champions Mumbai Indians on 19th September at Sheikh Zayed Stadium in Abu Dhabi.