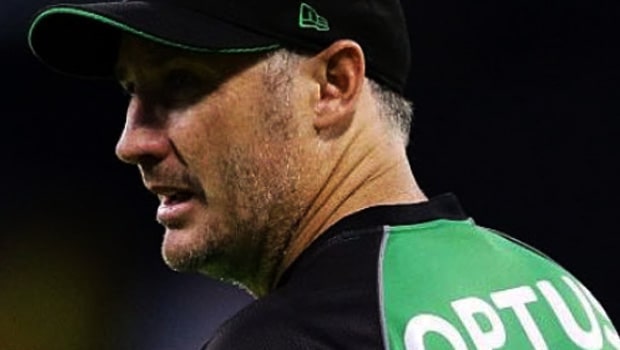 Kolkata Knight Riders batting coach David Hussey is confident that his team will be able to qualify for the playoff stages. KKR have lost their previous two matches and it has considerably decreased their chances of making it to the last four of the tournament. The Eoin Morgan-led team has played 13 matches and they have lost seven matches. Thus, they currently have 12 points under their belt.

Furthermore, KKR have a poor Net run rate of -0.467. KKR would want Kings XI Punjab to lose their remaining two matches whereas they will also want Sunrisers Hyderabad to lose one of their two last matches. In such a case, NRR will not come into the picture and hence KKR will be able to qualify for the playoff stages.

KKR haven’t been consistent and it has led to their downfall. At one stage, KKR looked all set to qualify for the playoff stages but they haven’t been able to grab their chances.

However, they are still breathing in the competition and their next match against Rajasthan Royals will be a must-win affair for them.

“We have put ourselves in this position by losing games. But we are still breathing in the competition. The next game is against Rajasthan,” Hussey said during the post-match press conference.

Hussey feels there is an outside chance of them qualifying for the playoff stages and they want to remain positive regarding their chances of making it to the final four.

“In a few days’ time, we are going to recharge our batteries and come out and play free-flowing cricket. You never know what could happen, results go our way and we can shock few teams in the playoffs,” he added.

KKR have failed to come up with decent performances in the ongoing season. In fact, KKR was on top against Chennai Super Kings as the Men in Yellow required 30 runs to win off the final two overs. However, Lockie Ferguson’s over was the turning point of the game as the New Zealand pacer conceded 20 runs in that over.

KKR would like to come up with a better performance against Rajasthan Royals, as their final league stage match will be played at Dubai International Cricket Stadium on 1st November.