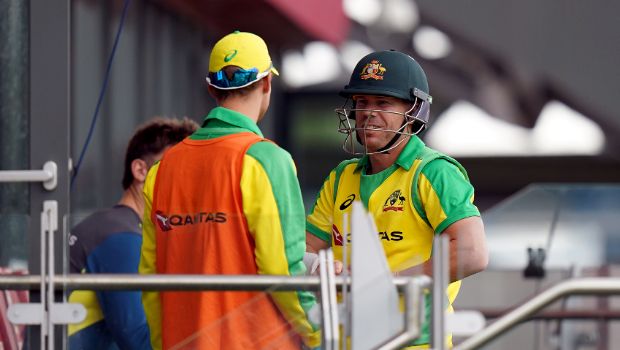 Sunrisers Hyderabad skipper David Warner has been one of the most consistent batsman in the Indian Premier League. Warner recently became the third batsman to score more than 5000 runs in the IPL.

The southpaw is always in contention for the Orange Cap as he scores consistently for SRH.

Warner was at his best against defending champions Mumbai Indians at Sharjah Cricket Stadium as he scored an unbeaten 85 runs off 58 balls with the help of 10 fours and one six to help his team chase down the target of 150 runs with ease.

On the other hand, Warner also became the third batsman in the IPL to hit 500 fours in the IPL after Delhi Capitals opener Shikhar Dhawan and Royal Challengers Bangalore skipper Virat Kohli.

Meanwhile, Sunrisers Hyderabad have qualified for the playoff stages after they defeated reigning champions Mumbai Indians comprehensively by 10 wickets. SRH bowlers were right on the money as they restricted the opposition to a sub par total of 149 runs. Sandeep Sharma scalped three wickets whereas Jason Holder snared two wickets for SRH.

Shahbaz Nadeem was the pick of the bowlers for the Orange Army as he took two wickets and conceded only 19 runs in four overs. On the other hand, David Warner and Wriddhiman Saha continued their good work as they added an opening alliance of 151 runs to take SRH to win with 10 wickets in hand and 17 balls to spare.

SRH will face RCB in the Eliminator on 6th November at Sheikh Zayed Stadium, Abu Dhabi.