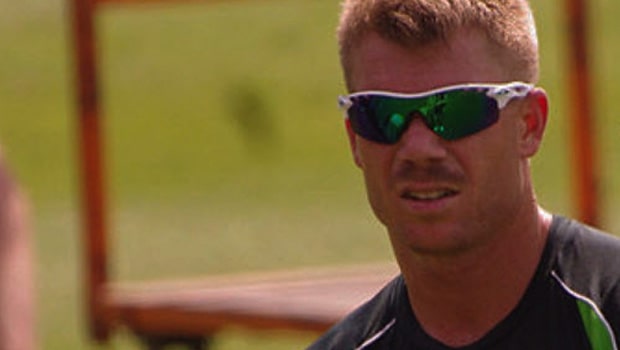 Sunrisers Hyderabad captain David Warner has shattered the record of Royal Challengers Bangalore skipper Virat Kohli. Warner became the fourth batsman in the IPL history and first overseas batsman to score 5000 runs in the tournament. The southpaw also became the fastest batsman to aggregate 5000 IPL runs as he achieved the milestone in 135 innings.

Virat Kohli had got to the same landmark in 157 innings. Chennai Super Kings talisman batsman Suresh Raina is third on the list as he took 173 innings to score 5000 IPL runs. Mumbai Indians skipper Rohit Sharma is fourth fastest as the flamboyant batsman scored 5000 runs in 187 innings.

Warner required 10 runs to reach the milestone before the match against KKR. The pugnacious batsman now has aggregated 5037 runs in 135 IPL matches at an impressive average of 43.05 and a blistering strike rate of 141.05

Interestingly, Warner decided to demote himself in the batting to add strength to the team’s bleak middle-order after KKR posted a fighting score of 163 runs. Kane Williamson and Jonny Bairstow added a fine opening alliance of 58 runs to lay down a perfect foundation of the run chase.

However, SRH’s middle order once again succumbed to pressure as they could not deliver the goods. David Warner was the lone warrior after a good start from the openers. In fact, 18 runs were required of the last over for SRH and Warner was able to hit Andre Russell for three consecutive boundaries to take the match into the Super Over.

But Warner was dismissed on the first ball of the Super Over by Lockie Fergusson, who had a perfect maiden match of the season for KKR. SRH could only manage two runs in the Super Over and it was a cakewalk for KKR.

SRH will play their next match against Rajasthan Royals at Dubai International Cricket Stadium on 22nd October.