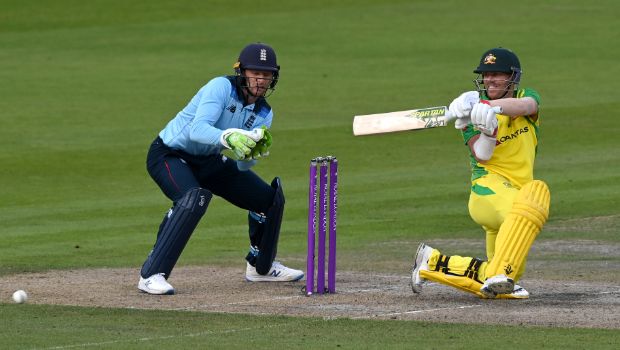 Sunrisers Hyderabad’s bowling unit has always been their strength. The Orange Army have always had decent fast bowlers and they also have the number one T20 spinner in the form of Rashid Khan.

SRH lost the toss against Delhi Capitals in the 11th match of IPL 2020 and they could only post 162 runs on the board at Sheikh Zayed Stadium, Abu Dhabi.

The wicket was on the slower side and it was not easy for the batsmen to hit the ground running. However, SRH had already lost their first two matches and it seemed they were 15 runs short of a par score at the mid innings break.

But it wasn’t to be the case as the SRH bowlers were right on the money to help their team win by 15 runs. Bhuvneshwar Kumar provided the early breakthrough of Prithvi Shaw and then Rashid Khan took over. The talisman leg-spinner scalped three wickets and conceded only 14 runs in his quota of four overs.

On the other hand, T Natarajan was really impressive with his yorkers execution. Natarajan scalped a crucial wicket of Marcus Stoinis in his final over and conceded only 25 runs in his allotted four overs.

David Warner said while talking in the post-match ceremony, “We lost the toss tonight and won the game, so it feels good. Unfortunately Mitch Marsh was injured and we had to figure out how to get overs in but young Abhishek Sharma came in. We have been working really hard in our training with the death bowling, and today they were fantastic because they can be called up at any stage”.

It was a much-needed win for SRH as they had lost their opening two matches. This win would have given a shot in the arm to the SRH players and they would aim to continue the same form. All the eight teams of the IPL have a win under their belt now.

Meanwhile, SRH captain David Warner, Jonny Bairstow and Kane Williamson played crucial knocks to help their team get to 162 runs. Warner and Bairstow added a fine opening alliance of 77 runs and then Williamson added the finishing touches with a brisk knock of 41 runs off 26 balls.

SRH will play their next match against Chennai Super Kings at Dubai International Stadium on 2nd October.