Home » Cricket » IPL 2020: Decided to back my strength in the Super Over – Navdeep Saini

IPL 2020: Decided to back my strength in the Super Over – Navdeep Saini 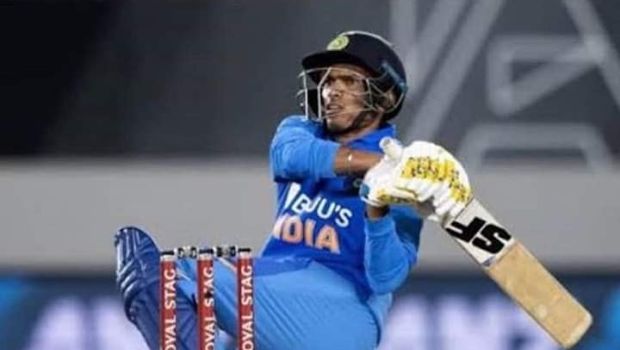 After the 10th match of the ongoing Indian Premier League was tied between RCB and defending champions MI at Dubai International Stadium on Monday, Kohli trusteed Navdeep Saini to do the job in the Super Over.

Saini knew he could not leak more than 10 runs as it would be difficult to score runs against MI gun pacer Jasprit Bumrrah. The Delhi fast bowler was up against in-form Kieron Pollard and Hardik Pandya. The tall fast bowler bowled wide yorkers and mixed it up slower balls and kept both the batsmen in check. He even dismissed Pollard and conceded only seven runs in the Super Over.

His Super Over read – 1,1,0,4,W,1 and that was the game for RCB. They had to only chase eight runs to get two points under their belt after they had given away a match which was in their grab. MI required 90 runs off the final five overs but Ishan Kishan, playing his first match of the season and Kieron Pollard were able to turn the tide.

It was the penultimate over of the normal match, which gave confidence to Kohli to give the ball to Saini in the Super Over. The express fast bowler had conceded 12 runs in the 19th over, to give 19 runs to Isuru Udana to defend off the final over.

“When I came to bowl the Super Over, there were a lot of plans in my mind, in the end, I decided to back my strength (bowling yorkers and slower balls) and I just kept it simple. When I was hit for a boundary in the Super Over, I just wanted to conclude the over by conceding a single. I backed my yorker and then I followed it up with a slower ball,” Saini told Shivam Dube in a video posted on iplt20.com.

In fact, Saini had conceded 43 runs in his quota of four overs but had impressed with his execution of hitting the blockhole. The pressure is sky high in a Super Over but Saini was able to hold on to his nerves and delivered the goods for his team when it mattered the most.

He bowled two dot balls in the Super Over, including the wicket of Kieron Pollard and that played a key role in restricting Mumbai Indians to only seven runs. In fact, Mumbai had played two Super Overs before this match and they had won both of them, courtesy Jasprit Bumrah.