IPL 2020: Deepak Chahar tests negative for Covid-19, gets back to team’s hotel 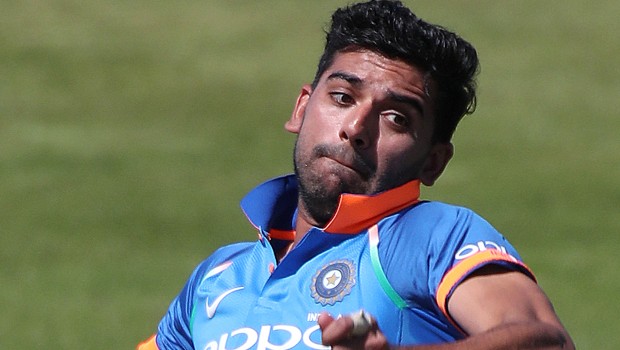 Chennai Super Kings fast bowler Deepak Chahar has returned a negative test for Covid-19 for the second time, which has allowed him to join the bio bubble of the franchise in the team’s hotel. Chahar had tested positive for the virus along with Ruturaj Gaekwad whereas 11 other members of the CSK camp were tested positive.

Chahar is going to be CSK’s pack leader as he has done a good job in the powerplay overs. The fast bowler from Rajasthan, has the skills to move the ball both ways to trouble the opposition batsmen. Thus, he is going to hold the key for MS Dhoni-led team. Furthermore, Chahar has also improved his bowling skills in the death overs.

Chahar will now aim to hit the ground running in the training sessions as less than 10 days are left for the big event. The swing master, who had become the first Indian bowler to take a hat-trick in the T20I format, has scalped 33 wickets in 34 IPL matches.

Meanwhile, CSK CEO Kasi Vishwanathan has confirmed that as per the BCCI protocol, Chahar will now undergo a cardiovascular test, which will be an indicator of his recovery. Subsequently, he would need to return one more negative test before he can join the training camp of the side.

“Deepak Chahar has returned two negative tests for Covid 19 and is back in team bubble,” CSK CEO KS Viswanathan told PTI on Wednesday. “Now as per BCCI protocol, he will undergo a cardiovascular test which will be an indicator of his recovery. After that he will have another COVID Test and if he is negative he can join the training,” Viswanathan said.

Chahar has completed a 14 day isolation period in a separate hotel. Vishwanathan feels Chahar should be able to join his teammates in two to three days and he can start training. Ergo, he would be able to play the team’s opening fixture against reigning champions Mumbai Indians on 19th September at Sheikh Zayed Stadium.

Chahar would look to hit the ground running once he gets back to the training sessions. The fast bowler has taken 17 wickets in 10 T20I matches whereas he has picked two wickets in three ODI matches.