Home » Cricket » IPL 2020: Delhi Capitals are a tough side to beat – Virat Kohli

IPL 2020: Delhi Capitals are a tough side to beat – Virat Kohli 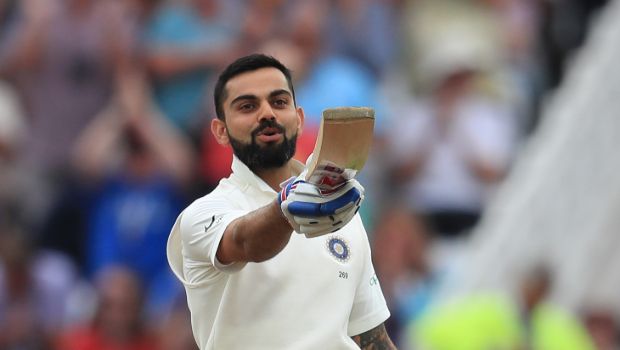 After receiving a thrashing loss of 59 runs at the hands of Delhi Capitals, Royal Challengers Bangalore skipper Virat Kohli admitted that Shreyas Iyer-led team is a tough team to beat.

Kohli stated that Delhi Capitals have the right balance in their team and they have the firepower in the middle order, which helps them take the game away from the opposition.

Delhi Capitals have looked in ominous form in the ongoing season and they once again climbed to the pinnacle of the points table. The Capitals have won four matches out of the five they have played so far in the tournament.

Meanwhile, Virat Kohli decided to field first and Delhi Capitals posted a par score of 197 runs after good knocks from Prithvi Shaw, Rishabh Pant and Marcus Stoinis. However, RCB could only manage 137 runs in their 20 overs as they failed to get any kind of partnership going.

It was a dominating performance from Delhi Capitals and RCB didn’t have any answers. Capitals have been ticking the right boxes and they will aim to continue the same kind of performances.

“(Delhi) are playing some good cricket. Their batting line up is fearless, they have a good balance in the side, their bowling line up is pretty good too and they will be hard to beat, I wouldn’t say unbeatable but they are a tough side to beat,” Virat Kohli said after the match.

On the other hand, Kohli also rued the missed chances in the field. RCB were not up to the mark in the field and conceded extra runs in the death overs. Navdeep Saini and Mohammed Siraj both leaked runs in the fag end of the innings. Furthermore, RCB kept losing wickets at regular intervals and they were never in the chase.

“Those important chances in between, we need to grab when the opportunity comes our way, it is not like we are dropping half chances, we are dropping sitters and those things hurt you. The execution with the ball towards the end could have been better and with the bat as well. Not a complete performance in any regard today,” Virat Kohli said.

RCB will look to bounce back stronger after a disappointing performance against Delhi Capitals. The death bowling has been the team’s Achilles Heel over the years and Chris Morris, who is currently out with a side strain injury, can put paid to the team’s woes.

RCB will play their next match against Chennai Super Kings at Dubai International Cricket Stadium on 10th October.