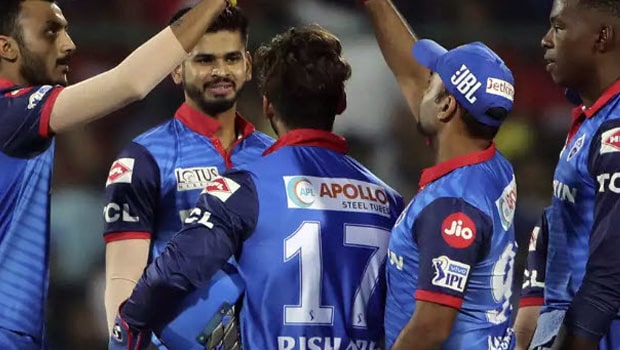 Delhi Capitals on Sunday registered an unwanted record as they became the second team in the Indian Premier League history to lose 100 matches after Kings XI Punjab. DC lost their second match of the ongoing season against defending champions Mumbai Indians by five wickets at Sheikh Zayed Stadium.

DC were completely outplayed by Mumbai Indians, who dominated the whole match. DC skipper Shreyas Iyer won the toss and decided to bat first. However, Delhi could only manage to post a sub par total of 162 runs as Shikhar Dhawan scored 69 runs.

Iyer admitted that the team was completely outplayed by MI in all the three departments of the game. Thus, DC will aim to make a roaring comeback in the coming matches.

Delhi have been inconsistent in the IPL over the years as they have failed to win even a single title. In fact, they are yet to make it to the finals of the tournament. Their best seasons have been 2009, 2012 and 2019 when they have qualified for the playoffs.

However, DC is one of the favourites for the ongoing season as they have shown great form. DC have the right balance in their squad and they have the players who can take them all the way in the tournament.

Delhi have won five matches out of the seven matches they have played to be at the second place in the points table. Shreyas Iyer is leading the team from the front and all the players have done a fine job for their team. Delhi Capitals will play their next match against Rajasthan Royals at Sheikh Zayed Stadium, Abu Dhabi on 14th October.

Meanwhile, Kings XI Punjab had registered their 100th loss in the IPL folklore when they lost their match against Kolkata Knight Riders by two runs on Saturday. KXIP is also yet to win an IPL crown but their chances of making it to the final four in this season looks bleak.