IPL 2020: Devdutt Padikkal is batting with maturity beyond his years – Simon Katich 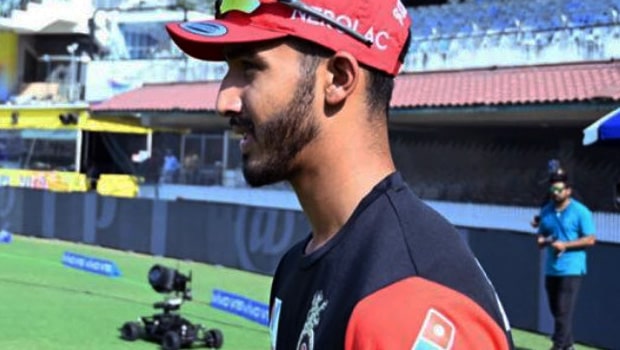 Royal Challengers Bangalore head coach Simon Katich has heaped praise on prodigy batsman Devdutt Padikkal. The southpaw has had a dream start to IPL 2020 as he has scored three fifties in the first four matches for RCB. The left-hander, who is only 20 years old, has also shown the maturity in his game to go a long way in his career.

Padikkal knows when he has to change gears and he has shown the right skills. The flamboyant batsman has scored 174 runs in four matches of the IPL 2020 thus far at an impressive average of 43.50 and a blistering strike rate of 134.88.

In fact, Padikkal has sometimes outscored Australian limited overs captain, Aaron Finch and has played a more attacking role. Devdutt Padikkal was the highest run-getter in the 2019-20 Syed Mushtaq Ali Trophy as he racked up 580 runs in 12 matches at 64.44. The left-hander was roped for INR 20 lakhs by RCB and he is adding value to the playing XI.

The youngster has grabbed his opportunities with both hands and he will look to continue the good show in the 13th season of the IPL.

Furthermore, Padikkal has got the opportunity to share the same stage with some of the best players of the game – Aaron Finch, Virat Kohli, AB de Villiers and Yuzvendra Chahal. Thus, he is learning a lot by playing with these big players.

“He’s surrounded by a lot of experience at the top of our order so if he is unsure about the situation he’s got lots of guidance out there,” said Katich in a video posted on RCB’s twitter handle.

“I think he’s complimenting the other guys at the crease in terms of when he needs to go when de doesn’ have to. He’s batting with the maturity beyond his years at the moment and it’s great to see that,” he added.

Padikkal has a bright future ahead of him and he would aim to keep getting better. The youngster has made a fine start to his IPL career and he would look to continue the same consistency. The southpaw has shown a solid technique and he has been a great addition to the RCB squad.

RCB will play their next match against Delhi Capitals at Dubai International Cricket Stadium on 5th October.