IPL 2020: Devdutt Padikkal reveals the toughest bowler he faced in the tournament 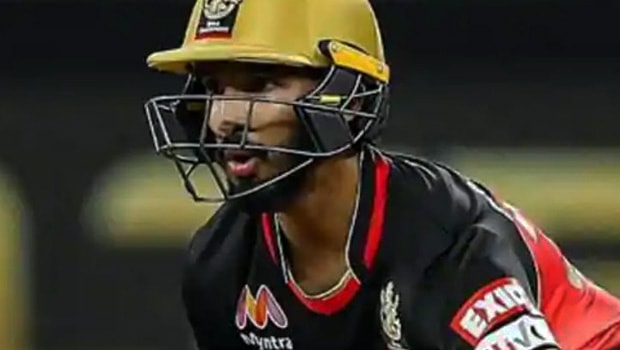 Royal Challengers Bangalore opening batsman Devdutt Padikkal impressed one and all with his skills. Padikkal had a perfect start to IPL 2020 as he scored a fine fifty on debut against Sunrisers Hyderabad. This was the first time when Padikkal was facing the world class bowlers but he played most of them with aplomb.

The southpaw was able to hit the ground running and provided good starts to his team. However, SRH talisman spinner Rashid Khan was able to trouble him. Padikkal admitted that he found it difficult to read the Afghanistan spinner as he is quick through the air and also gets the ball to spin. Khan has a quick arm action and he doesn’t give a lot of time to the batsman to make the adjustment if they don’t pick him from his hand.

Rashid is well known for his variations and he has breathed down the neck of the opposition batsmen with his guile bowling. When Padikkal encountered Rashid, it was the first time in his career that he was playing such high quality bowling. In fact, Padikkal only faced four balls against Rashid Khan in the whole season and scored three runs.

Padikkal’s scores against SRH read as 56, 5 and 1. Thus, he didn’t face Rashid in the last two matches as he was dismissed early in the powerplay overs. Padikkal revealed that he was not troubled by extra pace as he had faced quick bowlers in the domestic circuit.

“Pace, not really, because there are quite a few bowlers who are pretty quick in the domestic circuit as well. Probably the one bowler I felt was challenging was [leg spinner] Rashid Khan, because he has really good pace and turns the ball at the same time. He’s not easy to pick. I think while facing him I felt like, “Okay, this is something I’m not used to,” Padikkal said in an interview with ESPNcricinfo.

Meanwhile, Padikkal scored 473 runs in 15 matches at an average of 31.53 and a strike rate of 124.80 and finished as the highest run-getter for RCB in the season. The greenhorn batsman also bagged the Emerging player award for his consistent performances. The southpaw scored five fifties and became the highest run-getter as an uncapped Indian player in his debut IPL season.

Thus, Padikkal has a bright future ahead of him and he has shown the promise to go a long way in his career.